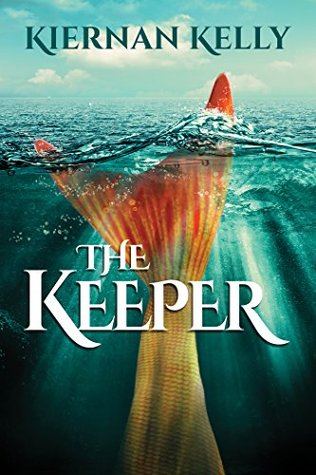 After millennia of hiding in the shadows, the creatures of myth known collectively as the “Others” have stepped forward into the light of day and demanded the right to share the planet humans long ago claimed as their exclusive territory. But the humans have no intention of surrendering without a fight—one that will include genocide. The Others are given no choice but to be ready to defend themselves, and they convene a Council of War to plan their strategy.

But first, they must address an ancient and terrifying prophecy: “Heed me well, all of you. Attack the humans without the Keeper and you will fail. Every one of you will become nothing but a memory, a myth, and the humans will truly inherit the earth.”

The Council charges Liam, son of the Sidhe chieftain, with the critical mission to find the elusive Keeper necessary to their survival, but his quest is complicated by the need to find a Keeper determined not to be found.

Marin is an Atlantean who values his privacy, but with the fate of the world at stake, he understands his days of living under the radar are over. Even worse, he must face his past to fight for his future. The last thing he expects is to fall in love along the way.

A war is coming, between humans and the creatures of myth, known as The Others.
The Others came out of the shadow to the human world. At first, they were welcome, but the more they came, the more the human start to fear them and decide to exterminate them. Yes, neutralize and / or exterminate them in camps that they create to park them, torture them and kill them. Totally human.
The council of the others, decide to fight back and free their people but in order to be successful, they need The Keeper with them.
Liam, a Sidhe (kind of fairy) is the one in charge of this mission. Find the Keeper.

Marin is an Atlantean and the keeper. He’s lived in the human world for years, before “the great revelation” of the Others. He wants to stay away from them, and the war. But when he understands what really happened to his people, he doesn’t hesitate and agrees to follow Liam.
Liam is a great warrior, fierce and loyal to his father the Chieftain of the council. When he meets Marin, he doesn’t expect to meet a hot sexy beautiful man and stubborn who doesn’t follow his orders.

I liked this book, but something was missing.

The story and the plot were good, but too much repetitiveness. Sometimes I was turning around with the same thing, and it made the read a little bit boring in those moments.
I love the multi POV, not only Liam and Marin, but also from the secondary characters. It was interesting, but it doesn’t help the reader get attached to the MCs.
Liam and Marin are interesting, but I can’t tell you that I’m in love with them or who’s my favourite because I didn’t spend a lot of time with them. The author stayed on the surface, so I can’t really be attached to them, and when the big revelation (I call it the Stars war’s revelation) happened, I was cold like “yeah ok good”.
Don’t get me wrong, Liam and Marin are interesting and can be funny, I liked them. Just like I liked the story and the plot.
This book, is for me, the book one of a series, and it settles the background and how everything starts. The author had to put the basis of his universe. Now everything is in place, I want to know more and how they’re going to succeed.
So despite the length, the repetition and the characters not really developed, I still want to read more and follow Liam and Marin quest.

It’s 3.5 stars for This Keeper and His Fairy boy.