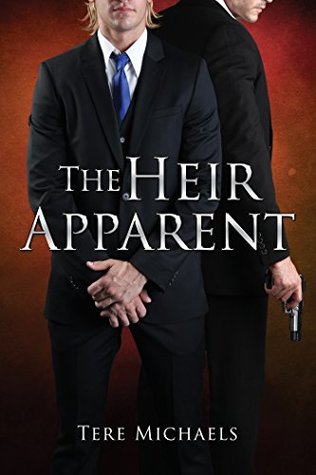 The heir apparent to a vast international company, Henry Walker has focused his entire life on pleasing his cold and distant father, a futile effort that’s left him no time for life, love, or making his own decisions. He has just one friend—one dirty little secret—Archie Banks. Raised on the Walker estate alongside Henry, Archie is now Henry’s driver, bodyguard… and occasional lover. Archie is loyal, but he’s about to graduate from college and has plans for his life that don’t include living every moment at the beck and call of Henry’s father. Not even for Henry.

With no warning, a shocking kidnapping leads to tragedy and chaos, thrusting Henry and Archie into a dramatic struggle that threatens them individually and as a couple. Can they find a way to heal the hurt of the past, save the company that is Henry’s birthright, and find a future together?

Henry and Archie have known each other since they were children. Archie’s mother worked as the cook for Henry’s family, so they lived in the same house and grew up together, and as boys do, got up to all sorts of mischief. But now they are grown men. Henry is the heir to his father’s multi-million dollar company, and Archie is his driver/bodyguard. In public, they act like strangers, employer and employee. But in private, that old friendship and banter is still there, and now, unknown to everyone else around them, they are also occasional sexual partners. Although Henry and Archie care for each other, they both know it can never be anything more than a fling or some fun due to their social standings.

Henry’s life is pretty boring and predictable, at every moment he knows what he needs to do, and what is expected of him by his father. His whole life is consumed by learning the family business for when he eventually takes over. Henry’s social life consists of having dinner at his father’s house, or with one of their business associates.

Archie wants to be more than just a driver/bodyguard for a high maintenance businessman and his family, so for the last six years he’s been taking online classes and studying for his business degree. With only a few weeks of classes left, Archie is looking towards the future and a job where he will be looked at with respect instead of just the hired help. Although he knows it will be hard moving on and not to getting to see Henry every day, Archie is certain that it’s exactly what he needs to start a new life of his own.

The “relationship” between Henry and Archie is convenient because Henry has no time to live a life outside of the business, and Archie is always around anyway because of his job, but they also know each other better than any other person could. Unfortunately, it’s also very unequal. Henry is still the one who calls the shots and decides when they can be together, while Archie is left chasing him hoping to get some attention and affection back without looking like he’s desperate or begging. They also seem to sort any issues they have with sex instead of talking which just isn’t healthy. For example, in one scene Henry and Archie haven’t had any private contact or spoken for about a week because Henry was in a mood, and while driving Henry home that night, Archie is told by Henry to pull in somewhere quiet. The first words out of Henry’s mouth to Archie after all that time of ignoring him are to get in the back seat and strip (Archie obviously does as he’s told), and they then proceed to have sex. Seriously? Who even does that? Why would you be intimate with someone at the drop of a hat when they have basically treated you like crap and like you didn’t exist for days on end? It irritated me, and I just didn’t understand it at all.

I really don’t want to sound harsh or negative here, but as I’m being completely honest, I need to say exactly what I’m thinking and feeling. The Heir Apparent was kind of a frustrating book to read, and I’m finding it hard to decide how to rate it because although I didn’t hate it, it didn’t love it either. I did like the characters individually, but not as a couple. I don’t think that they were a good match at all and would have been better staying as just friends. For the first three chapters of the book, I found it really difficult to keep myself from giving up on the story altogether, because everything was just overly described, from how the characters looked, to what they were doing, and the environment that they were in. It felt like it was just words and no real story. It just wasn’t what I was expecting when I read the blurb. From chapter four the story and plot did get better and more enjoyable, but it wasn’t exciting or intriguing. The parts surrounding the kidnap and the hunt for the person responsible were really quite obvious and played out a bit longer than necessary. And even though I don’t think Henry and Archie belonged together, the ending was quite sweet. In my head, I’m imagining that they went on to live a more evenly-balanced and happy life as a couple in the public eye.