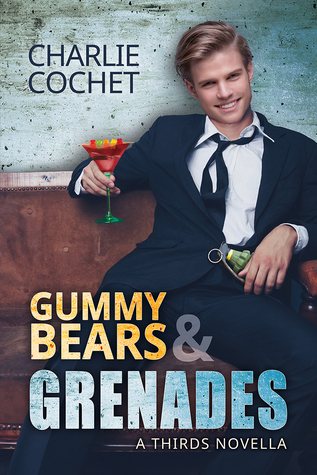 THIRDS agent Dexter J. Daley can’t wait to marry his fiancé, Team Leader Sloane Brodie, but first he’s looking forward to celebrating his bachelor party—which he intends to be a shenanigans-free evening of getting his groove on with family and friends.

Of course events don’t work out as planned, but for Dex that’s nothing new. One thing is for sure, dodging drug dealers and hired thugs amid booze, dancing—and even a bear costume—will guarantee it’s a night Dex will never forget. Now he just needs to survive all the fun.

***
Enjoy this bonus story from the THIRDS universe. These events occur between Darkest Hour Before Dawn and Tried & True in the series timeline. While reading this story would enhance your experience of the THIRDS series, it is not necessary to read before Tried & True.

The wedding is near. But before that, a bachelor party is due to happen where everything is going to be smooth… right…!

Dex and Sloan are ready to tie the knot, so to speak, but first the bachelor party. Dex, the always optimist, assures Sloan that everything is going to be just fine. He doesn’t need to worry so much, after all, he wouldn’t be alone, all their friends will be there to look out for him. Well, it’s futile to say it wouldn’t, we are talking about Dex, guys, who is a trouble magnet as we all know.

Sloan has a lot on his mind. Dex changing, the TIN, and above all, the marriage. His attachment to Dex is growing, and that comes with protectiveness. When the bachelor party is due, Caleb
and Sloan’s significant other Dex, set him up with Tony, his boss and future father in law. They should spend the night together—bonding. Though he’s warned not let Tony convince him to play air hockey. Does Sloan listen? He tries but it’s all in vain when he’s challenged by Tony. And of course being the alpha, he can’t just ignore that.

At the party, Dex gets a mysterious visit, what, let’s just say, he enjoys immensely! But after that, things go Dex-like. Wolf shows up, TIN operatives show up and others too. I’m not saying much about this because I don’t want to spoil the story for you guys!

Can’t wait for the next of this series, I’m curious how Sloan and Dex will manage their task as TIN operators.