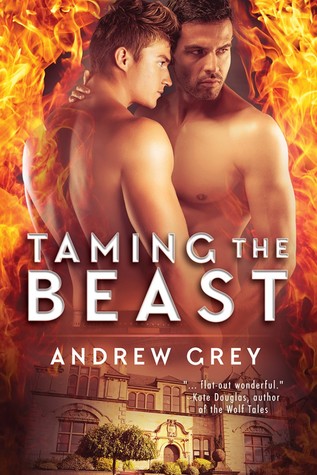 The suspicious death of Dante Bartholomew’s wife changed him, especially in the eyes of the residents of St. Giles. They no longer see a successful businessman… only a monster they believe was involved. Dante’s horrific reputation eclipses the truth to the point that he sees no choice but to isolate himself and his heart.

The plan backfires when he meets counselor Beau Clarity and the children he works with. Beau and the kids see beyond the beastly reputation to the beautiful soul inside Dante, and Dante’s cold heart begins to thaw as they slip past his defenses. The warmth and hope Beau brings to Dante’s life help him see his entire existence—his trials and sorrows—in a brighter light.

But Dante’s secrets could rip happiness from their grasp… especially since someone isn’t above hurting those Dante has grown to love in order to bring him down.

I loved this modern-day retelling of the fairytale the Beauty and the Beast. Taming the beast by Andrew Grey is well written and nicely edited. The book had a nice flow and kept my mind active and engaged in the story. I love when a story energizes me instead of making me sleepy. I was definitely energized with this story and read well into the early morning before finally having to get some sleep so I wouldn’t be a total zombie the next morning. Sure there were times that I wanted to slap the beast of St. Giles, but there were times that he would do something that was sweet and kind and made me say awe.

I thought Dante Bartholomew made a perfect beast, and I liked that he didn’t have any disfigurements to make him be the default beast. He was beautiful on the outside, but the death of his wife and the resulting guilt led to him being reclusive and being the beast that the community expected. But the servants at Bartholomew Manson see the kind and caring side of Dante that the community doesn’t get to see. My favorite servant was Roberts and the cook Harriet. You could feel how much love and respect they had for their employer. When his lawyer badgers him into going to a fundraising event in addition to sending in a sizable contribution, he meets counselor Beau Clarity and the children he works with.

I thought Beau Clarity was a perfect beauty. But his beauty came from his heart and soul. Although he wouldn’t say that he’s classically beautiful in face or form, the way he cares for the community by offering his help through the community center with free substance abuse counseling and classes for the children of substance abuse families shows what a beautiful person he is. Although if you ask Dante, he’s beautiful on the outside as well as on the inside even with all of the scars on his chest left by a bear attack when he was a child. I really enjoyed how Beau and the child, Bobby, helped bring Dante out of his cold persona at the fundraising dinner and convinced him to come and volunteer at the community center.

I liked the interactions between Beau and Dante. The story has a slow burn romance to it, and it felt perfect for how closed off Dante was and how hard Beau had to work to bring Dante out of his shell and defrost his heart. But Dante has lots of guilt over his marriage to his best friend Allison and how it ended in tragedy, and until he learns to forgive himself, he won’t be ready to move on.

And I loved the end of the book, I had the biggest sappiest smile on my face, and my heart was full of happy thoughts.

So if you are looking for a modern-day retelling of the fairytale the Beauty and the Beast, then I would give this one a try. I know I thoroughly enjoyed it.

One thought on “Review: “Taming the Beast” by Andrew Grey”