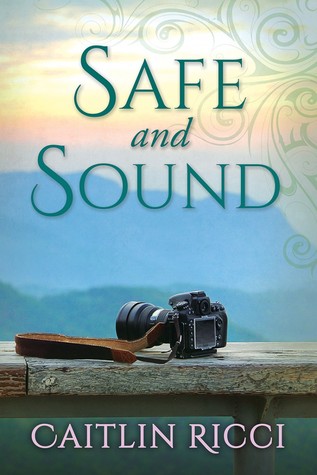 Twenty-one-year-old Mason has to get out of his mother’s house, where her boyfriend subjects him to unwanted advances—and won’t take no for an answer. Since she didn’t believe Mason when he told her about his uncle’s sexual abuse, Mason knows he’s on his own, and it’s up to him to raise the money he needs. He thinks he’s in luck when he takes a modeling job.

Oliver is a photographer, and getting guys and sex has always been easy for him. His current open relationship is no exception: more friendship and fun than anything. But when Oliver meets Mason, he can see the younger man is fragile and desperately in need of help. Before anything can develop between them, Mason needs to free himself of his terrible living situation and start on the road to healing. Oliver wants to stand beside him as he does. What surprises him is the discovery that he might need Mason as much as Mason needs him.

Mason has been through a lot, and there are somethings that he has kept secret from even his best friend, Eli. Like how he was sexually abused as a child by his uncle that was living with them at the time and how he told his mom but she didn’t believe him. Or that at twenty-one her current live-in boyfriend gives him the creeps and tries to touch him inappropriately. And he hasn’t bothered to say anything because she didn’t believe him before so why would she believe him now. So he’s been working for Green Acres and doing other odd jobs to save up for a place to rent so he can get out of his mother’s house. He also hasn’t come out at home, and that is also putting a lot of stress on him. When he sees an ad for a modeling job, he decides to give it a chance. When he meets Oliver for the first time, he’s nervous, but he doesn’t get any creepy vibes from him. And Oliver is instantly smitten with Mason and tries to put him at ease.

The book ends with an HFN ending, and I really hope that this is going to be a series because I want more of Oliver and Mason, especially since there was no explicit content in this book. Not that the book wasn’t sexy or didn’t have any sexual content. Some kissing, light making out, and some slightly naughty pictures. But Mason is still an innocent virgin at the end of the book, and I hope that Oliver will eventually relieve him of it.