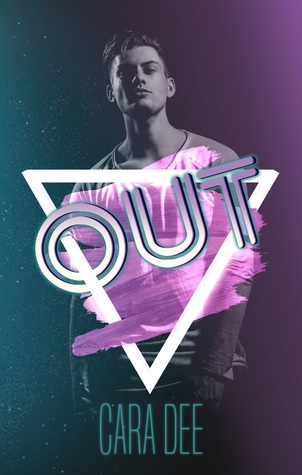 “I guess I always figured coming out was something you did for friends and family, and maybe it is, but it’s personal too, you know? The person I was last night is new. I wanna get to know him.”

I had two things on my list when I arrived in Los Angeles. One, track down Henry Bennington, the uncle and guardian of my little brother’s best friend, and tell him to get his ass back to Washington. He needed to do something about his nephew, who was turning into a douchebag. And two, figure out just how non-straight I was. For the past two years, I’d had all these fantasies, and now was the time to explore them, far away from my sleepy little town.

Nowhere on this list did it say, “Get Ty’s uncle into bed and fall for him.” I wasn’t supposed to fall in love with another city either. But between brunch, making new friends, and discovering the man I was meant to be, I lost sight of the future that had once seemed pretty damn vivid. How the hell was I supposed to merge my old life and who I used to be with the new dreams Los Angeles and Henry had awakened in me?

I’m not sure that there are enough words in any language on this planet to express how much I loved this book. Out is such a wonderful coming-out, May-December story that it gave me goosebumps, had my skin tingling, and my heart beating like it was going to burst out of my chest. I’ve read a few of Cara Dee’s books and have been completely mesmerized with the characters and story, this was no exception.

Zach Coleman is twenty-seven years old and for the past two years has been feeling some confusion about his sexuality. Although he’s only dated girls in the past, he’s found that there are some guys that he’s been attracted to as well. But due to the small town that he lives in, he’s never acted on any of the feelings he’s been having. When Zach travels from his home-town of Camassia, Washington to Malibu, California, to try and find his brother’s best friend’s uncle, Henry Bennington, he also uses it as a chance to discover himself and find out once and for all if he really is into guys. What Zach didn’t expect, was that when he met Henry, he would be drop-dead gorgeous and it would leave him tongue-tied and lost for words. With the instant attraction and the fantasies that it brings, Zach is pretty much convinced that he definitely isn’t straight.

Henry Bennington is now forty-six years old, once an investment banker, he’s now the owner of Topaz Pages, a little bookstore in Malibu. Henry, originally from Camassia, was disowned by his old-money family when he told them that he was gay, so used inheritance from his grandparents to start a new life in California and has never really looked back. When Henry’s brother and sister-in-law died in a car accident, Henry was given custody of his nephew, Ty. But Henry’s parents didn’t approve of his lifestyle and made him doubt that he was capable of looking after a child. So reluctantly, Henry gave Ty to his parents to raise, and now Ty has almost no communication with Henry, which breaks his heart. When Zach turns up in his store and tells Henry that he’s the older brother of his nephew’s best friend, and that Henry needs to do something to try and change the path that Ty is heading on, Henry sees it as a chance to right the mistakes that he made with Ty in the past. Henry and Zach begin to form an unlikely friendship, but when Zach tells Henry and his friend Martin that he thinks he might be attracted to guys and wants to explore that side of him, they offer to take him to a gay bar in the area. Henry is then surprised to discover that he’s beginning to find Zach attractive and can see him as more than just a friend.

This starts a very passionate and intense relationship between the two men, but as always, reality has a way of reminding them that life is never simple and love isn’t easy.

Just in case I didn’t already make myself clear, I’ll say it again, I really, really, really loved this book. It was absolutely perfect in every way. There was nothing that I didn’t like. Even the chapter names made me smile every time I read them. Henry made me want to swoon on more than one occasion. He was the sweetest, most kind-hearted man you could meet, but in the bedroom…holy heck, I needed an industrial fan, because out came his dominant and kinky side, and it was hot as all hell. Zach completely embraced his new-found personality and sexuality, he became so comfortable in his body and mind, and was proud of who he was. It was simply a beautiful love story.

Oh, and there’s also a little surprise that had me clapping my hands and smiling in excitement. I think Zach and Henry may be my favourite couple that Cara has written. Read it. You won’t be disappointed.