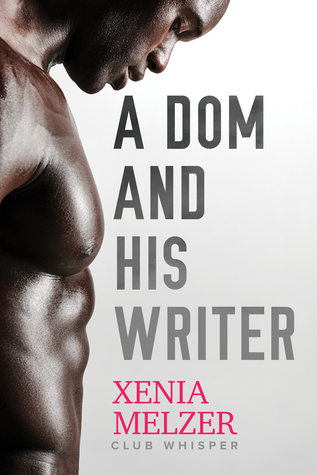 Life is perfect for Richard and Dean. Richard is a wealthy and successful businessman who also owns a BDSM club, and Dean is a best-selling author and sub to Richard. They’re young, happy, and in love. The future is bright….
Until tragedy strikes and an accident claims Dean’s beloved sister. Dean finds himself the guardian of a three-month-old infant, and soon he’s trading in his leather fetish gear for diapers and drool bibs. But little Emily is all that remains of his family, so how can he abandon her?
It’s not what Richard signed up for. As much as he tries to be supportive, he never wanted kids and misses having his partner to himself. Suddenly the life he imagined for them is gone, and he’s not sure their relationship can survive the upheaval. But fate isn’t through with Dean, and when misfortune strikes again, will he be able to turn to the man he loves? A final crisis will determine if they can pull together as a family or must face facts and part ways.
.

I really enjoyed this author and the writing style. This author had me intrigued from the get-go, and I had a hard time putting it down. I fell in love with the characters, the storyline and it had the perfect amount of hot sex. She had me in a kaleidoscope of emotions also. I felt joy and turned on at the beginning. Then, I felt sad and emotional with how unfair life can be. I felt anger and betrayed with characters reactions and behaviors. Then, of course, by the end, I was happy again. I got sucked into these characters and would voice my opinions at them like they could hear me. LOL

Richard is a very powerful and successful businessman that was a good Dom. He loved his life and couldn’t be happier being in love with his sub. He took pride in being able to help his sub through life and give him orders to help him through his day. He hated going out of town, but business called for that quite often. Whenever he had to go out of town, he had a to-do list for his sub and would make sure he followed it to a T.

Dean was a successful writer and didn’t need Richard’s money. What he needed from his Dom was guidance and punishments. He was so in love with Richard, and they were the perfect Dom/Sub couple. Others were often jealous or envious. Dean struggled through with anxiety after his parents kicked him out when they found out he was gay. His sister was always there for him and helped him through college and living with her. His anxiety always increased when he was left alone when Richard went out of town. Richard had the sure-fire strategy to help Dean through this latest business crisis that came up. What neither of them was expecting was that Dean’s sister would be killed and leave a three-month-old baby to Dean (that neither of them knew existed).

As you can imagine, this changes the dynamics of everything. Peyton is an amazing character that I just loved. He creates a perfect nursery. Aaron, Richard’s dad, is a good dad to both men. He is so excited about being a grandpa along with his dogs—Thor and Donar. They all three adore Emily. These are a few of the characters that will grab your heart in this story.

Can these two men raise a child? Do they want to raise Emily? Can they continue their Dom/Sub relationship with Emily around? Will their relationship make it through the trials and tribulations of being parents? Will love conquer? These are a few of the questions I was asking myself as I was reading this story. I can’t wait to read more from this author. I hope you enjoy this book as much as I did.