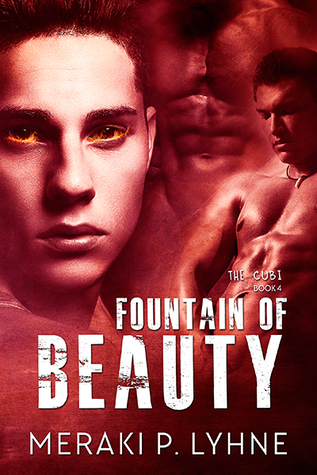 Daniel’s Kingdom was born to the threat of war that he, Seldon, and Caledon don’t have the experience to deal with. But his Kingdom has an ally far more experienced, and with this ally comes hope of a brighter future.
In the meantime, Daniel has to stay hidden and leave the problems to the ones capable of handling them. He needs to focus on learning and growing along with his new Kingdom. However, responsibilities to his people prematurely force Daniel out of hiding and into the spotlight.
The only problem is, his enemy has counted on that.

The story of Daniel continuous…
After the attack on the Grand House, the Cubi must relocate into the human society. This change comes with a challenge for some of the old Cubi.

Daniel – the new prince of the Cubi throws himself into work. He wants to save his human father’s store. He’s working there hidden in the office. He must be protected by all means necessary. He has his own Royal Guard now, and he must learn a lot of Cubi history, politics, real-estate and so on. His feelings toward Seldon grows, and he must deal with his feelings toward Caledon too.

Seldon – we see a new face of Seldon in this sequel. Seldon’s vulnerability makes him more lovable than in the previous of the books where he acted so arrogant. His concern is only for Daniel, and he admits to himself that he’s fallen for this young man. He is the right hand of Daniel, which means that all internal problems of their Kingdom to come will be his responsibility. He doesn’t feel all confident about his abilities, but the support of Caledon and the blind trust of Daniel helps him a lot.

Caledon – he is in love with both Seldon and Daniel. After Daniel’s jealousy, he took a step back from the lovers, giving them space. He admits to himself that he wants to be loved by both men. He starts to be more open with the two, and he shows his insecurities. Caledon becomes the left hand of Daniel, which means all the foreign affairs fall in his hands.

In this book, we met with new characters like Nol-Elakdon the King of North who comes to Royally Empower Daniel aka Beaudon. With Elakdon comes his court and I must mention Laudin who is the left hand of Elakdon.

And we have Levidon – Lord Guard of Daniel. You must think that is a coincidence Levi – Levidon, but it’s not. Meraki created a character just for me (well probably for you too, but let’s just focus on me). He is a power top character. I loved him, and because I knew it was based after me, I had performance anxiety while I was reading the book.
I need to learn how to channel Levidon in my real life…

Congratulations Meraki, this sequel is my very favorite of all!