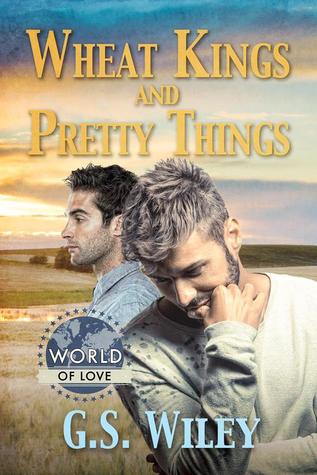 As soon as he graduated high school, Paul Thompson fled the tiny, heavily Ukrainian town of Liddon, Saskatchewan, for bigger and better things. Now in his late thirties, Paul owns a struggling art gallery in Toronto. His grandmother’s one-hundredth birthday is approaching, and Paul will return to place where he grew up for the first time since he left.
The town—and the province—don’t match Paul’s memories. Have they changed? Or has he? He reconnects with Dylan Shevchenko, an old friend who now teaches phys. ed. in Regina. When Paul learns his grandmother had an Aboriginal son he never knew about, he wonders what else he missed while he was away. Did he make the right choice all those years ago? He receives the rare opportunity to start over when he discovers a gallery for sale in Regina. He’s faced with a choice between his youthful dreams in the big city and making a life with Dylan in a place that somehow finally feels like home.
World of Love:Stories of romance that span every corner of the globe. (less).

This was an adorable and quick read and is part of the World of Love series. This was the first I have read of the series, and I followed just fine. So it can be read as a standalone.

I found this author easy to read and the editing was good. The author did capture my heart with the two MC’s and their love affair that started over twenty years ago. The supporting characters were good, but Paul’s grandma was my favorite. She made me laugh quite often.

Paul left his hometown twenty years ago after graduating night and the kiss that shocked him. He built a life in the big city and opened a gallery with Cleo. He must return to his small hometown for his grandmother’s 100th birthday. Paul really has lost touch with anything going on in his family and home from his youth.

Dylan has never left and has built his life in his small town. He hasn’t seen Paul since he kissed him on graduating night and ran off. Dylan was not the nicest of people in his youth but has come to terms that he’s gay.

Paul and Dylan spend time together and have passion between them all while attending the celebration. They, of course, have situations come up, in which separates them again.

You ask what situations? You ask why they go separate ways if there was a strong g passion there? Can they come together again? Well, I have one response to those questions. Read the book. You will enjoy it. Happy reading.