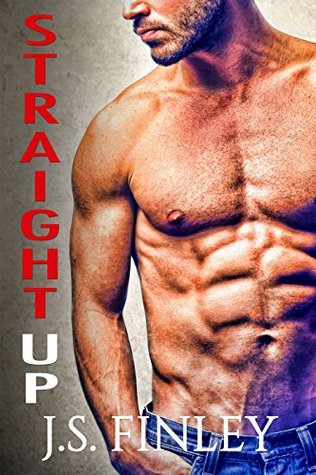 Sometimes you need the truth Straight Up

Jake:
Brent is HOT but hot doesn’t matter when you can’t have what you want.
After the Marines, they went their separate ways, but he can’t forget…never forget and never leave a man behind, but that’s what he did when he ran from Brent.
Maybe it wasn’t the best reaction, but he couldn’t face the truth. Now he has a second chance and he doesn’t want to blow it, instead, he wants to blow Brent.

Brent:
Maybe there’s something between he and Jake, but Brent can’t ask, and Jake won’t tell because in the Marines being gay is bad for business.
Time heals all wounds, and that’s what Brent is gambling on when they meet in the hills of Tennessee. Brent is hoping for friendship…but if there is more, he’ll take it.
When Brent meets his straight friend again in Tennessee will they remain friends or will they become more?
.

This is a great story guys! Hand’s down 5 OptimuMMs

It never was a secret that from all the MM subgenres the GFY – Gay For You is my favorite. I can’t exactly tell why, probably the taboo or probably “love knows no boundaries” …

The story is about two former marines, Jake and Brent.
Brent always felt attracted to Jake, but he couldn’t act upon his desire when he was in the military. Now that he’s left the marines, and the following reunion makes him hope that maybe there is more between them than just friendship, if not he is ok with it, he just wants Jake back in his life.

The story goes back and forth between letters that were written but never sent and the present. Those letters made me tear up, so much untold things that finally got to be written down. I think those letters are the reason for my 5 OptimuMM rating.

Reading from Jake’s point of you is the charm of the book. Jake is a straight guy who has some very – and not so very – confused feelings for Brent. He knows he wants more than friendship with Brent, but he doesn’t know if he is ready to move upon his desires and let the world know that he might be gay.

When they finally become an item, Jake discovers a new life he didn’t know before. The sex is amazing, and the scenes are hot.