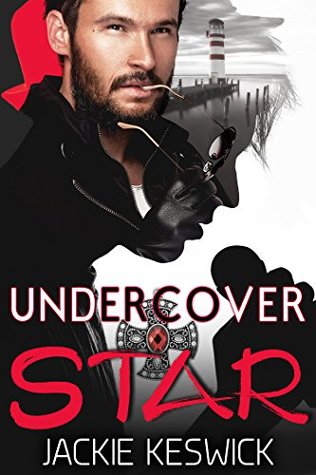 It sounds like the stupidest idea in the history of stupid ideas. Detective Inspector Josh Ingram wants to find a deadly medieval locket and through it, a murderer. So why does his boss decide to team him up with Matisse Vervein, a pop idol many consider just a pretty face… and expect the two of them to hunt down an art thief?
Marissa Godwin, Matisse’s no-nonsense manager, isn’t stupid. Neither is her brother-in-law, Detective Superintendent Tim Montgomery. Each is looking out for a lonely man on the verge of quitting what he does best, and both believe that their charges would make a great team.
The attraction sizzling between Josh and Matisse is hard to miss, but there’s plenty of resentment, too. Focussed on pushing Josh and Matisse towards each other, Marissa and Tim haven’t imagined the kind of trouble a music star and a detective can find when they ditch their prejudices and accept that the attraction between them is mutual. Or how far each is prepared to go to prove it to the other.
A standalone, feel-good, action adventure romance set in England and Scotland, featuring a reluctant pop star who’s not out, a detective trying his hand at being a bodyguard, plenty of adventure, and a happy ending.

There’s not much more that I can say about this book that the blurb hasn’t already covered. Josh and Matisse are forced to work together to try and find an art and jewellery thief who commits his crimes at high profile fundraisers and promotional events, but who also murdered Josh’s detective partner when he stumbled across the sale of one of the items that had been stolen in Rome. Josh’s boss thinks that using Matisse as a way in to these events will help them get closer to the culprit, and give them a bigger opportunity to catch him, something they wouldn’t be able to do just going into the event as police. Josh will act as one of Matisse’s bodyguards and will be able to move in and arrest the suspect if he shows up while they’re there.

Josh is openly gay, but for the past few years, his love life has been put on the back-burner as all of his attention has been on catching the person who murdered his friend, and who keeps slipping through his fingers. Matisse knows he’s gay, but he’s in the closet and afraid to come out because he doesn’t think his fans will accept it, and all he really wants to do is make sure his fans are happy, even when it means putting his own wants and happiness aside. When Josh and Matisse meet, there is an attraction, but both men don’t want to admit to it and keep skirting around each other, even though having to spend a lot of time together makes it difficult to down-play the sneaking glances and flirty comments.

When Josh finally gets a break on the case with the help of Matisse, it leads the two men on an unexpected journey to Scotland, where Josh discovers there is much more to Matisse than his pop star persona, and Josh can’t help but fall for the man in front of him.

This book was enjoyable and entertaining and kept me hooked from start to finish, but at times I felt as if it lost it’s way a little. It almost felt like catching the killer/thief was pushed to the side, and all of the focus was on the developing relationship between Josh and Matisse. It was almost like two separate storylines. But don’t get me wrong, I really did like the story and the characters, and the author actually made my jaw completely drop and gave me goosebumps at one point when she mentioned the name of the town in Scotland they were heading to. Either the author knows the west coast of Scotland pretty well, or she’s done some really decent research, because the town name she used, Greenock, is kind of obscure and relatively unknown unless you know the area. I know this because I live in the very next town to it, and even some people who only live about 20 miles away probably couldn’t really tell you where it is. She also mentioned Josh and Matisse crossing the Erskine Bridge, which is the same bridge I have to cross every day to get to work. It just makes the story feel much more realistic when the places used are places you personally know.

This is the second book I’ve read by this author, and another that I’d happily recommend. A great little book to read on an afternoon while sitting with your feet up and coffee in hand.

One thought on “Review: “Undercover Star” By Jackie Keswick”