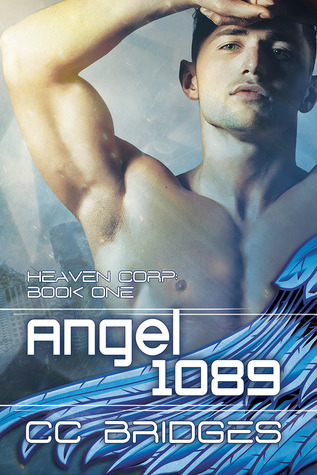 A deal with the devil….
Gabriel 1089 is an angel—an enhanced and cybernetically modified human designed to protect the city in the sky called Heaven. He follows Heaven’s orders and fights its enemies. But when an attack by demons leaves him trapped on the earth below, missing both a metal wing and his network-enabled halo, he’s cut off from his home for good and at the mercy of one man.
Jeff Werth is used to demons in need of his mechanical expertise showing up on the doorstep of the junkyard he runs in Old Trent. However, he doesn’t expect to be stuck with an injured angel. Jeff owes the demons for saving his daughter’s life, so he does what they demand—he nurses the angel back to health and keeps close track of him as a possible pawn in the high-stakes war between Heaven above and the demons below. But he doesn’t expect the effect Gabe has on his heart, or having to choose between his daughter and the man he’s come to love.

Although I have watched and enjoyed quite a few movies in the science fiction genre, when it comes to books, it’s not something that would normally be my first choice. So I can count on one hand the books that I’ve read with a sci-fi theme, and even then, they’ve been quite mild and easy to follow for someone who is new to the genre. But when I saw this book, the title, cover and blurb immediately caught my attention and interest. The fact that there’s an ongoing battle between angels and demons had me completely sold, and I knew it was a book that I had to read. I’m so glad that I got a chance to read this book because it has opened me up to a whole new subject matter that I would have probably dismissed in the past. I started reading and was totally gripped by the story and the world created by the author, and if it wasn’t for the fact I had to be an adult and do boring stuff like sleep and work the next day, I would have read it all in one night.

Jeff Werth is a single father who lives with his daughter Kayla and their dog Trixie in the junkyard that they run. Jeff is a very skilled mechanist, and there’s almost nothing that he can’t fix or make, so he’s well known around the city, to both humans and demons. Years ago, Jeff made a deal with a demon named Luca to save Kayla’s life after an accident that also claimed the life of his wife, Leah. When the demons who work for Luca show up at the junkyard carrying the unconscious body of Gabriel, they remind Jeff of the debt that he owes and demand that he looks after the angel and gets him better again because Luca has a plan for him. But first, they need Jeff to remove the halo that Gabriel is wearing without damaging it. Jeff isn’t happy about doing it, but he knows he has no other choice.

Gabriel, or Gabe as he becomes known in the story, is a soldier angel who protects the city of Heaven from the people and demons who reside below in the city of Old Trent. When Gabriel comes across some demons trying to break into a warehouse, he goes to investigate and catch them, but he quickly realises that he’s trapped and there’s more than just a couple of demons to deal with. Gabriel is soon overpowered and unconscious. When he wakes, he finds himself in a strange place with a man and young girl looking over him and caring for him. Gabriel is badly injured and missing one of his wings and his halo that connects him to the Angel Network and Metatron at Heaven Corp. He has no idea what he’s supposed to do, or how he’s going to get back home. Gabriel doesn’t know how he got to the junkyard, but he feels safe in the presence of Jeff and Kayla.

Over the weeks living together, Gabriel and Jeff start to get closer and form a mutual attraction and bond. They spend their days working together in the junkyard, and Gabriel has been made welcome and included in Jeff’s group of friends. But Kayla and Gabriel also become closer, and Gabriel finds that he doesn’t miss the upper-level at all anymore, and wants to stay exactly where he is, with the people he has started to care for as his family. But when Luca decides to put his plan for the angel into action, Gabriel and Jeff’s new relationship and happiness are almost destroyed before they’ve had a chance to enjoy it.

I thought that this book was absolutely brilliant. The plot was engaging and more entertaining than I could have thought possible. The characters were well written and felt genuine and not contrived. It was a book by an author I had never read before, that I took a chance on, and was outside of my normal comfort zone, and all I’m left thinking now is that I’m really looking forward to reading book two.