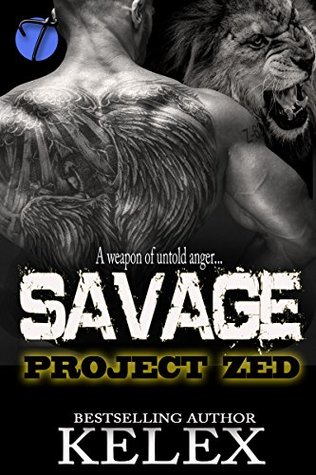 Six years of working for Project Zed showed MSgt Cutler Morrison all he thought he needed to know about the shifter world. He’d pledged his life to fight back the evil savagery of the wild creatures threatening to kill all humankind… until he realized that the heroes he was fighting with weren’t much in the way of heroes and the ones they were fighting against didn’t seem so hellbent on world domination, after all. Disillusioned, a fateful plane crash brought him down in the middle of shifter territory, and there he saw another side to the beasts he thought were evil.
On Cutler’s first mission with the shifters, they take down one of the weaponized creatures the project imprisoned and bring him to safety. He’s always had an odd connection to Subject Z-620. Cutler’s like a moth to the monster’s flame.
As more secrets about Project Zed come to light, they both have to come to terms with who they were, what they’ve done, and where the road leads…

We met Sebastian and his mate, Cal, from the first book in the series, Beast. We get to see more of their relationship in the second book also, with Cal having nightmares and finally giving into going and seeing a therapist. We are also introduced to a new character Dario, who is a fire elemental. He didn’t realize that he was anything but human until he was attacked and his new powers protected him. Since then he has been compelled to travel to Bear Mountain. He’s taken in by Sebastian who is going to help him with his powers since he’s an elemental also.

This book mostly focuses on Staff Sargent Culter Morrison and Subject Z-620, otherwise known as Cyprian. Culter was recruited by Colonel Lore to help with Project Zeb. While moving up through the various jobs that he was given over the six years he was there, he had always had a connection and fascination to Subject Z-620 and wanted to help free him. But it wasn’t until he went down in a plane crash over Bear Mountain that he realized that shifters weren’t the monsters he was lead to believe. As a result, he has joined the team of shifters who have made it their mission to bring down Project Zeb one beast at a time and help put them back together again.

During Cutler’s first mission with the shifters, they bring down one of the weaponized creatures the project had imprisoned and brought him to safety. Using a serum that their two shifter healers have perfected to help control and calm all of the shifter voices fighting for control, they are able to help Subject Z-620 reclaim his life and reunite him with Culter. Culter has always felt a connection to Cyprian (Z-620), but he doesn’t know why but with Deacon’s help, he’s able to unlock some of the memories that were hidden from him. Lots of twist with Culter that I didn’t see coming.

I really enjoyed the chemistry between Cyprian and Culter and Sebastian and Cal. I can’t wait to see what happens in the next book in the series. The author has hinted that it might be about Dario and his mate Arnaud and I can’t wait to read it.

***The ARC was provided by Twisted E Publishing. My review is an honest opinion of the boo ***