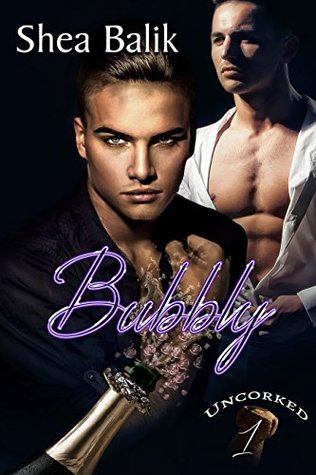 Raise your wine glasses high to toast the men of Dahlonia while they discover the secret to happiness – LOVE.
There was no doubt about it, Macalister Whitmore was as straight-laced as they came. He worked all the time, never did anything that would be considered fun, and almost always wore a suit and tie, even in the laid back southern town of Dahlonia, where the dress code tended to be jeans and t-shirts. It was how his parents raised him and Macalister was sure even a tanning salon couldn’t change that.
David Wilson wanted to throttle his best friend for sending Mac to his tanning salon to try and loosen up the uptight lawyer. He had never met anyone that had actually worn a suit to a tanning salon before. What Mac needed was a doctor to remove that stick from his ass. Then again, if Mac continued to look down his nose at David, he would remove it himself.
Still, it seemed that opposites do attract, so they decide to give each other a chance.
Happily ever after may sound like a dream come true, but no one ever said it didn’t come with pain and heartache. Will they walk away from each other, or walk through hell for the chance to pop some Bubbly and celebrate finding their happy ending?
Male/Male romance and sexual situations.

I really enjoyed this story from this author, and I wish I could give a higher rating. If I could review it just by the story, I would have rated it a 4 star. The problem I had was with the editing. There were several times I would be reading and would turn the page in the middle of a sentence, and the next page would start a new sentence. It would not complete the sentence I was in, and it would confuse me. This got better by the end of the book which I was happy for because it is a good story and I can’t wait to see the next book.

Mac is a lawyer that appears to not enjoy life at all. He’s always in a suit and tie, even on his days off. His bosses want him to loosen up and send him to a tanning salon. His attitude towards this is not a happy one. He doesn’t understand why this would help him to learn how to have fun but who is he to question the bosses.

David wants to strangle Andy for even sending this uptight man to his business. There’s not enough wine in the world for him to put up with such a person that looks down on him. What David didn’t expect was a knight and shining armor. When David is in a precarious situation, Mac is there to the rescue.

Opposites attract they say and so is true with these two. A wonderful love story is uncovered, and I was rooting for these two. Then life and reality happens and Mac reverts back to his old ways. Will these two see their happily ever after or will the family win? Will David be able to hang on to the Mac he’s grown to love? Will Mac be able to let go of his tightwad self and learn to be happy? I’m not sure how to answer these for you. I guess you will need to get them yourself.