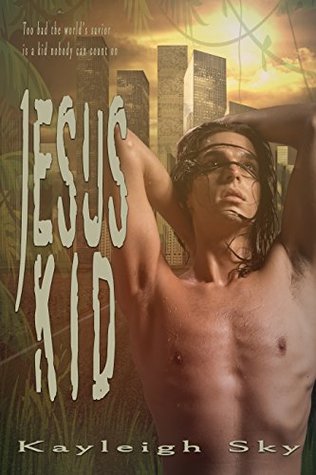 Thirty years ago, an asteroid stuck the Earth. Now killer plants hunt the last surviving humans.
Ori Scott is a young junkie running from his mother’s prophecy that he’d one day save the world from the killer plants. Her preaching made him a laughingstock and now he hides in his drugs. But he can’t hide the change in his veins. They are turning green, and the prophecy is dragging him into a dark struggle between invisible forces. Set up on bogus drug charges, Ori is taken to a secret facility where he becomes a test subject in experiments to discover an antidote to the alien plant’s sting.
Jack Doll is a cop with a vendetta against the plants that killed his best friend. All he has in the world now is his old friend’s lover, Rive. Together they form an unbreakable bond—or so he thought. Jack has never liked Rive’s friend, Ori, but he believes in Ori’s innocence and doesn’t understand Rive’s strange indifference to Ori’s conviction. Struggling with his suspicions, Jack can’t help digging into a mystery that draws him closer to Ori than ever before—and closer to somebody who has secrets to hide.
Alone and scared, Ori is grateful for Jack Doll’s friendship, and his longtime crush soon blossoms into love. But Ori has no plans to accept his fate. He wants to escape, and he doesn’t care if he takes the cure with him.

When an asteroid hit the earth, the world changed forever with the apparition of new species of plants. Some have medicinal virtue while others are killer plants.
Ori’s mother was stung by one of these plants call the “booweed” when she was pregnant with him. When others died from this, she survived and gave birth to Ori. She was sure about one thing; her son is the cure. Eighteen years later, Ori is a young hypersexual junkie. He refuses to hear about this so-called prophecy and tries just to survive in this new world. But what Ori wants doesn’t matter when the government plotted against him and tries to use him as a laboratory rat. Until Jack, a cop, who knows Ori and even if he doesn’t like the kid, he can’t walk away from him.

This book was something.

Ori is a young man, completely lost in his life. He wants to be invisible, to live his life. But in the meantime, he can’t stay alone, he’s completely attracted to Jack but thinks that Jack hates him and doesn’t try to correct it. He’s blunt and talks without thinking first. He’s also fine with his sexuality and his needs (like staying a night on a roof of a bar and being fuck by every guy who’s willing to fuck him). But, even if he seems to be crazy, or high, he’s also strong and doesn’t hesitate to fight back when it’s needed.

Jack is a cop with his best friend River. River is friends with Ori, and he takes care of him, and Jack knows Ori through him. Even if he pretends to dislike the kid, he doesn’t hesitate to protect him, to fight for him, or to take care of him. The more time he spends with Ori, the more Jack realises that he lied to himself all those years, and Ori means more to him.

This book is about survival in this new world when mother nature can kill you at any time. This book is about how a group people can survive in extreme conditions, and how a few can control the many. This book is also about love, friendship, family and what we can do for each other—what we can endure for each other. I’m not a fan of dystopia genre. The book was at moments too long and too confusing sometimes, but I admit that the moment I started the book I couldn’t stop my read. Even when I took some breaks, I was thinking about Ori and Jack.

It’s 3 OptimuMMs for the Jesus Kid and his protector