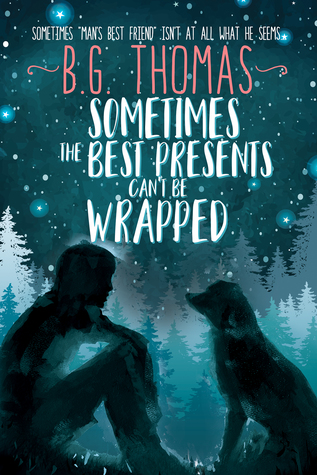 Ned Balding used to be a decent man—until the stress of seemingly countless responsibilities changes him, and he becomes cold and driven—the kind of man who considers firing an employee days before Christmas. The kind of man who kicks a dog…. But Ned’s transgressions haven’t gone unseen. A Salvation Army Santa witnesses his misdeeds and decides Ned needs to be taught a lesson.
When Ned wakes up the next morning, he’s stunned to discover he’s been transformed into a dog.
In the past year, Jake Carrara has lost his mother, a lover… even his dog. His boss came close to firing him just before the holidays. He isn’t sure he’s ready for another pet when he’s asked to foster a dog, but Jake’s good heart won’t let him refuse. Little does he know, this isn’t just any dog.
Through a twist of fate, two people with little reason to be friends might teach each other to rediscover the good—and the love—in life.

Ned hates Christmas, people and animals. When he tries to hit a dog in the street, Santa Klaus himself, cursed him and Ned wakes up the next morning as a dog.
Jake has a kind heart. He lost everything this year, but when his friend asks him to foster-home a dog, he accepts.

What Jake doesn’t know is that the dog is actually his boss who tried to fire him a day ago.
This book is a pure Christmas tale.

Ned is Scrooge 2.0, the guy hates Christmas, Santa Klaus and dogs. He’s cold, hard, and heartless. Even when his husband left him and asked for a divorce, Ned blamed him. A real Scrooge. It was funny to see him as a dog. He was kind, very attentive to Jake, and very protective of him. He shows kindness, love and he understood what went wrong in his life. At some point, I can say that Ned was more human as a dog than as a man.

Jake is a saint. No really, the guy is a saint. In 1 year, he lost his boyfriend who kicked him out of their flat, then his mother passed away, and then his best friend of sixteen years, his dog Coco, died and his boss tried to fire him. But even with all of this, he foster-home an abandoned dog (Ned), and was worried about his boss (still Ned) who disappears. The guy is a saint, I have no other word.
I really liked this book, it was funny and sweet. It’s the perfect book for this holidays, you’ll have a smile on your face reading it like I had.

One thought on “Review: “Sometimes the Best Presents can’t be Wrapped ” by B.G Thomas”