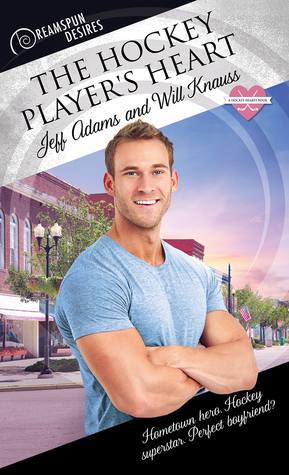 Hometown hero. Hockey superstar. Perfect boyfriend?
When hockey star Caleb Carter returns to his hometown to recover from an injury, the only thing he’s interested in is a little R & R. He never expects to run into his onetime crush at a grade school fund-raiser. Seeing Aaron Price hits him hard, like being checked into the boards. The attraction is still there, even after all these years, and Caleb decides to make a play for the schoolteacher. You miss 100 percent of the shots you never take, right?
Aaron has been burned by love before and can’t imagine what a celebrity like Caleb could possibly see in a guy like him. Their differences are just too great. But as Aaron spends more time with Caleb, he begins to wonder if he might have what it takes to win the hockey player’s heart. 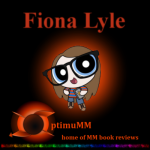 Caleb Carter and Aaron Price have known each other since they were kids. Growing up in Forest Grove, New York, Aaron was best friends with Caleb’s older sister, Pam, but also tutored Caleb in Geometry to help him stay on the hockey team. These tutoring sessions are where Caleb developed his crush on Aaron. Aaron now works as a teacher in the elementary school in their home-town where Pam is the principal, but Caleb is a star pro hockey player living in New York City and playing for the New York Rangers. Their lives can’t be any more different.

When Caleb is injured, he decides to return home to visit his family and stay out of the spotlight while he’s recovering. Pam asks if Caleb would be willing to take part in the school fundraising carnival by signing some autographs and pictures to help raise money, and he’s more than happy to get involved. But what he didn’t expect, was to see an older, and even more attractive Aaron there too. All of the feelings and nerves he had when he was around Aaron when he was younger suddenly came rushing back. Caleb decides at that moment that he needs to do whatever it takes to spend time with Aaron and to see if the friendship they once shared can become something more. Now that they are both out, proud, and single, Caleb is going to show Aaron exactly how he feels, and he won’t give up on his man without a fight.

Aaron is stunned by how good Caleb looks when he sees him in the school. But a bad experience and relationship when he lived in California has made it hard for Aaron to get close to anyone and trust them with his heart. And although there is an attraction between them, and he can see Caleb is interested in being more than friends, Aaron doesn’t think that a hot, rich and famous guy like Caleb would want someone like him when he could have his pick of men.

Long-brewing lust and passion eventually take over, and Caleb and Aaron discover what they’ve been missing out on for years. But Caleb’s life and Aaron’s past threaten to destroy the new-found romance before it’s hardly had a chance to begin.

The book was an enjoyable and easy read. I really liked the characters and the storyline. It was cute without being overly sweet. But I do have one criticism, and that is the pace of the story. It was a slow-burn romance which is fine, but personally for me, it was just too slow. I felt like I was just constantly waiting for something to happen, then when I thought it would be the moment, I’d find that I was still left waiting. Apart from that one thing, everything else was good. The ending was incredibly heartwarming and left me with a big cheesy smile. I really hope Dimitri gets a book of his own because he was a character I was really fond of and would love to get to know him more.