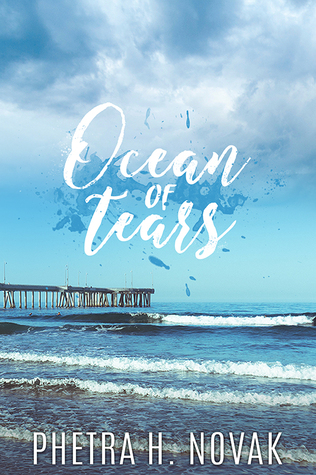 Karl Meeke—the talented guitarist of Manchester’s own pride and joy, Ocean of Tears—is depressed. It’s not a word he would usually use for himself, but lately, he’s feeling worse. A lot worse. Over the past few months, the music that has been a constant sound inside of him hasn’t just grown quieter; it’s fallen silent. The love of his life has abandoned him, and at the prime age of fifty-three, he feels like it’s all downhill from here. That is, until he meets the young and vibrant Noa.
Noa is attending the Northern School of Ballet in Manchester; his dream is to become a ballerino for the London Royal Ballet. Noa dances into Karl’s life from nowhere, and even when Karl shows no interest, Noa will not let him go. Instead, he finds a way to nestle into that lonely slot in Karl’s heart, where music once lived, and makes a home there.
Only when things start to change, for the better, does Karl realise what it all means, and by then, he’s so far into the deep end he has no choice but to start swimming.

(Part of Never Too Late – a collection of nine stories featuring LGBTQIA characters over the age of fifty).

Karl is 53 years old. He’s the guitarist and the songwriter of his group Ocean of Tears. He’s also lonely, sad and in a really bad place since he lost his muse, his music. A whole year without anything, Karl is afraid to lose everything he has. His music and his group.
Noah is 21 years-old and a ballet student. He has one dream, becoming a ballerino at the royal academy of London. Noah has worked hard all his life for his dream.
When Noah and Karl meet, something happens. One is at the beginning of his life and dreams, while the other *thinks* is at the end. But what can happen if the futur and the past can become the present?
It was a sweet novella.

Karl is lost, sad, and almost an alcoholic. He sees himself as an old person with his life almost done. But Noah succeeds to bring joy and hope to his life. I liked Karl—he touched me, his distress and sadness put some tears in my eyes, I admit.
Noah is a saint, or he looks like to a saint. This kid is mature, healthy and focuses on his goal. He’s also funny, brilliant, sweet and very smart. He’s attracted to Karl from the beginning and refuses to be scared off by his attitude, or his self-depreciation. Each time Karl tries to push him away, Noah stays and comes back full force.

Their relationship is beautiful, sweet and calm. It’s like a walk on the beach with the waves crashing at your feet…peaceful.
There’s no sexual content in this book. Not at all. I knew it when I start my read, but the author was a victim of her talent with me. I was so hooked on the story and the relationship between Noah and Karl, that when I reached the end of the book without any kisses, caress, or sex I was frustrated. I wanted more; I wanted their first kiss, I wanted their first touch, I wanted their first night… In my opinion, it was sorely missed in the story (or I’m greedy).

It’s 4 OptimuMMs for The Ballerino and his Bassist.