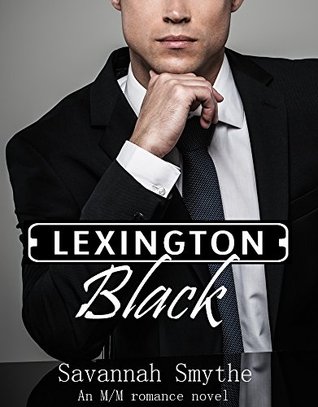 Robin Martyn is divorced, straight, and living an unexciting life as a book-keeper for a luxury car showroom. His ambition to be an author has stalled, and he has a nightmare of a family, most of whom think he is a waste of space. His father killed himself when Rob was 15, and since then, Rob has found it hard to trust and commit himself to anyone but himself, yet over the course of a test drive with a suave stranger, he discovers he is capable of behaving in a totally irrational and risky manner.
Lexington Black is the wealthy New Yorker who rocks Rob’s world. After a night of hot sex, he wastes no time in luring Rob to the US to stay at his penthouse for a month so that he can reboot his writing career. A ruthless businessman, Lex is accustomed to getting what he wants. He is in love with Rob and he also wants his ailing father to accept his sexuality before the old man dies.
As Rob is introduced to gay Manhattan by Lex’s colourful friends, he is unaware that Lex is holding on to a crucial secret. Years before, Lex was a student at the college where Rob’s father was Headmaster. A brief encounter between them had resulted in the tragedy that Rob had been unable to forget. With this secret hanging between them, it is only a matter of time before Rob and Lex’s relationship is balanced on a knife edge.
A heated tale of deception and lust between two hot men who cannot keep their hands off each other…

This was my first read from this author, and I really enjoyed it. I enjoyed the character build up, and the sex scenes were HOT. I felt the straight-to-gay was a little too easy but what do I know? Maybe, for some men, it’s that easy to accept. At least the character was finally happy with his life.

Rob is a man that suddenly finds his belongings in the yard and the locks changed to his house. His wife is done with him and has thrown everything, including the grandfather clock, out in the rain. The clock was his father’s that committed suicide years ago. Rumor has it that his dad was gay and was going to be outed when he killed himself. Rob works as an accountant for a friend’s car dealership. One day, he’s polishing his dream car on the showroom floor, when he notices someone watching him.

Lexington Black is a wealthy man, that’s in town closing a deal, when he walks by the dealership and is mesmerized by a man polishing a beauty. What Lexington doesn’t expect is to find the eyes of a man he cannot resist. He has to get this man in his bed at all costs, even if that means lying to this man of his dreams.

Rob is from a very uptight family, and his mother does not tolerate people being gay. She’s disappointed in Rob for not making his marriage work, and she is not shy about telling him so. Lexington is an openly gay man and doesn’t care who knows but does wish his father would accept him being who he is. When these two find each other, the fireworks fly high. They have such good chemistry. I loved the others characters and you will too. Lexington’s best friend is an amazing drag queen that I want as my very own friend.

My heart ached when Rob discovered Lexington’s lie, and he left him. Lexington’s ego kept him away. What will he have to do to win Rob back? Will Rob ever forgive him? Will they ever be together again? I was going crazy with these questions as I was reading wanting answers now. This was an enjoyable and good read. I hope you enjoy too.