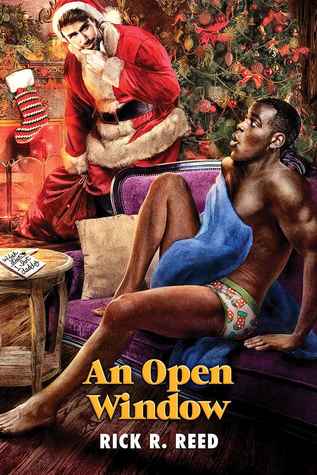 A story from the Dreamspinner Press 2017 Advent Calendar collection Stocking Stuffers.
Two men. One Christmas Eve that changes the courses of both their lives.
Henry’s homeless and only wants a warm place to sleep on the coldest night of the year. A forgotten open window in a darkened house entices Henry inside with the promise of warmth and comfort. He knows it’s wrong, but he promises himself he’ll be out before the owner wakes on Christmas morning. Except he oversleeps and the homeowner, Jim, discovers a bearded stranger sawing logs under his dining room table. When the shock and the drama that ensues dies down, Henry and Jim discover that they might have found, quite unexpectedly, the Christmas miracle they’d both been longing for—love and home.

Henry is homeless and wants a safe place for the night. When he sees a house with an open window, he decides to pass the night inside even though he knows that it’s wrong to enter into someone else house.
Jim is heartbroken after discovering that his so-called boyfriend is a straight married man with 2 kids.

It was a very short story but sweet and lovely.
When Jim found Henry under his table, his heart broke knowing that this beautiful man was so desperate to get safe that he snuck into his house. His reaction was beautiful; he offers him all the gifts he bought for his ex-boyfriend.

I was a little frustrated with not knowing how things happen between them, like the first kiss for example.
But, I had a pleasant time reading this sweet story with a beautiful happy ending.