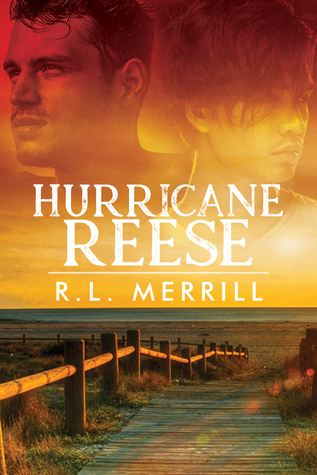 The life of Tony-winning musician Reese Matheson resembles a natural disaster, and caregiver Jude De La Torre is caught in the eye of the storm. But can the love of two opposites survive caring for an ornery octogenarian with wayward balls and a meddling family insistent upon tradition?
Fresh off the successful London run of his musical, the last thing Reese expects when he comes home is a house surrounded by paparazzi and his girlfriend throwing his stuff into the pool. All he wants to do is spend time with his beloved grandfather and musical mentor who suffers from Alzheimer’s. Reese knows he doesn’t have much time left before the elder Matheson forgets who he is. In classic “Hurricane Reese” form, he moves into the cottage by the sea and displaces Jude, the intriguing caregiver he hired two years before. When Grandpa proves too much for Reese to handle on his own, Jude comes to his rescue, taming Grandpa… and the Hurricane as well. Soon all Reese can think about is how to get Jude out of his scrubs and into his bed—permanently. Will Hurricane Reese destroy everything in his path, or will this odd couple learn to harmonize together?

How do I even begin to explain the love I have for this book? It was unexpected, surprising, and incredibly emotional, but also quite funny at times. I’ve read a few books that deal with “issues” such as depression and suicide/suicidal thoughts, but I’ve never read a book where Alzheimer’s is involved. Although it isn’t the main theme of the story, there is still a big part of the book that has this horrible and heart-breaking disease in the foreground. This, along with one of the main character’s fear of coming out due to his family’s cultural and religious beliefs, meant that I was holding back the tears and trying to push down the lump in my throat on several occasions. The story really was an emotional roller-coaster.

Hurricane Reese is a wonderful example of an opposites-attract love story. The characters of Reese and Jude really couldn’t be any more different if they tried. Reese became an orphan when his parents died in a car accident; his grandmother then died four years ago, so the only family Reese has left is his grandfather, Thomas. Reese is rich, famous and successful, and usually gets whatever/whoever he wants. Jude comes from a very large Catholic Filipino family, and although they aren’t poor, they aren’t well-off either. Everything that Jude has, he has worked for himself, and that’s the way it will always be.

Jude is the live-in caregiver for Thomas, but he’s also studying part-time to become a nurse. Jude and Thomas get along really well, and Jude sees Thomas as a grandfather to him too. When Reese arrives back home to spend some time with Thomas before the disease takes over and he forgets all about Reese, Jude didn’t realise that it would then leave him without a job and a home. But Reese struggles to look after Thomas and the house on his own, and when Thomas goes missing one morning, Reese admits defeat and calls Jude for help. Jude agrees to go back to the house, but this time Reese will follow his rules and routine for Thomas.

The three men are enjoying their time together, but the close living arrangements, make it hard for Reese and Jude to hide their growing attraction to each other. And as time goes on, the attraction becomes flirtatious and feelings start to develop. But Jude is in the closet to almost everyone except a couple of members of his family and very close friends, and because Reese and Thomas are technically his employers, he doesn’t think getting involved with Reese would be appropriate. The fact that a lot of his family also believe that being gay is a sin makes it all the more difficult for Jude to accept what’s happening between him and Reese. Reese knows exactly what he wants from Jude, the ten-year age gap, Jude working for his grandfather and Jude’s own fear’s aren’t going to stand in the way. But Reese hasn’t met Jude’s extremely religious family, and maybe this is a barrier that he won’t be able to just push aside?

The author has done an absolutely brilliant job of bringing these characters to life. They are so well written that I almost forgot they weren’t real and I was just reading a story. I LOVED Thomas, he was so funny, even though he’s always talking about his balls. The moments where he wasn’t so lucid and forgot who Reese was really pulled at my heartstrings though. It showed a vulnerability that we never get to see when he’s having his good days. Reese and Jude also make a great couple, and they are the perfect balance for each other in both strength and weakness. The supporting characters were blended so well into the story that you really wanted to get to know them better instead of it feeling like a name/person was just added in for the sake of it.

I know this is going to be a hard book to read for some people, especially with some of the subject matter, but it truly is an amazing story. I loved every little bit of it. The ending was beautifully sweet and full of the feels, I couldn’t have imagined/wanted it to be more perfect. Love is love.

One thought on “Review: “Hurricane Reese” by R.L. Merrill”