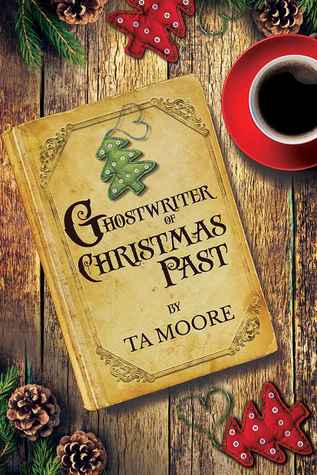 A story from the Dreamspinner Press 2017 Advent Calendar collection Stocking Stuffers.
Ever since ghostwriter Jason Burke ended up in loco parentis for his orphaned niece, Mallory, he’s been trying. He goes to parent/teacher events, and he makes packed lunches, so he definitely didn’t mean to forget about Christmas. He just hasn’t celebrated it since he left home under a cloud years ago.
Put on the spot, Jason makes the snap decision to take Mallory to see where he and her father spent their Christmases as kids. The last thing he expects is to run into Tommy, his ex—ex-best friend, ex-boyfriend—who is still living in town… and working as a sheriff’s deputy.
It’s hard to avoid someone in a small town—and maybe Jason doesn’t want to. He got Mallory a Christmas, and maybe now it’s time to get himself a Christmas boyfriend. But first, he owes Tommy some explanations.

Jason Burke is a ghost-writer and the guardian of his orphaned niece. It’s their first Christmas together, and Jason forgot it, he completely forgot Christmas. He decides to visit his hometown, to show to his niece where her dad grew up. But nothing goes as well as he thought and Jason’s past came back to bite him. Good or bad? That’s what Jason will have to find out.

It was a short story full of regrets and loves.

Jason regrets a lot of things in his past, especially Tommy, his ex-boyfriend and best friend.
Tommy is adorable, clearly still in love with Jason but he’s too scared to realize it, until he sees Jason.
It was sweet, Mallory is funny and adorable, and Jason and Tommy are hooooot.