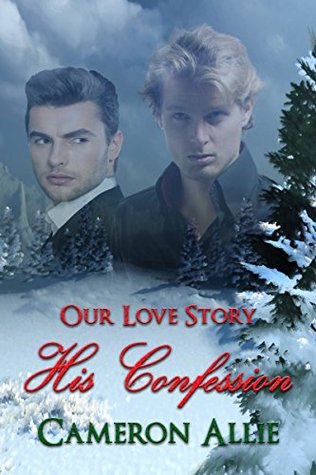 After two years, Lance still refuses to tell his family he’s gay and Jordan has had just about enough. At Christmas dinner, Lance’s parents try to set him up with a family friend. For Jordan, that’s the breaking point. Walking out on a good meal, and a great relationship, Jordan leaves Lance to figure out just what their relationship is worth. Is this the last Christmas they’ll spend together?
.

This was a powerful short read about the reality of coming out of the closet as a gay man. It’s hard for me to imagine that in this day and age, people are still so scared of just being who they are. I tend to be in my bubble of life and love people for who they are and not what I expect them to be. I read my MM books and love the concept of gay or not, people deserve their happy forevers and be allowed to love whoever they want. Then a story like this is written, and reality slaps me in the face. People are not accepting of others, and people get hurt for trying to be who they are.

Jordan and Lance have known each other since they were children. As we learned in the last book, Lance wrote love letters about Jordan and Jordan found them and read them. They have been in a relationship for the past two years and have been so in love. But as time goes on, Jordan gets more frustrated that their relationship has to remain a secret.

Jordan has been spending Christmas with Lance’s family for several years now. But this Christmas is different because Lance’s mom has brought a family friend’s daughter in to set him up with. They had a big fight before arriving about Lance needing to be honest with his family and tell them that they are in a relationship. He refuses, and this woman that is pining over Lance is the absolute last straw for Jordan. He ends their relationship and goes to his mother’s.

How will they move on without each other? How will Jordan get over the hurt? Will Lance be able to come out to his family? Will these two ever find happiness again? My heart goes out to people that fear what others think of them. Of what expectations will lead to our judgments of others. And of what right do we, as fellow human beings, what right do we have to judge. Be kind to each other and love everyone equally.