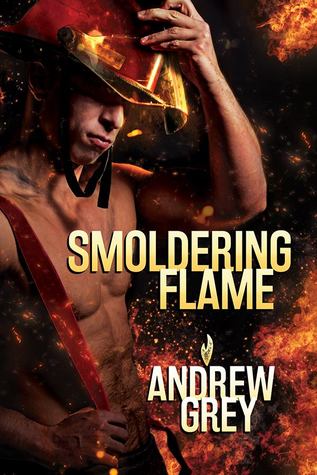 Sometimes the strongest flames take the longest to ignite.
Firefighter Dean’s life revolves around his very ill son, Sammy. Caring for Sammy and working to make ends meet leave Dean time for little else, and romance isn’t something he can even consider—no matter how much he longs for someone special to join their family. Because money is tight, Dean couldn’t be more grateful to the photographer who does Sammy’s session free of charge.
After growing up in the foster care system, Marco knows how to rely on himself, and his hard work is about to pay off—he’s poised on the cusp of fame and success he could only have imagined as a lonely child. When Dean brings Sammy into Marco’s studio, Marco can see they’re struggling, and both the boy and his father stir Marco’s heart. The slow burn between the two men isn’t something either expected, but neither wants to lose the possibility of a loving future. With Dean’s dangerous and possibly life-threatening career and Marco’s demanding one, can romance and forever find a place to fit?

Smoldering Flame by Andrew Grey is the third book in the Rekindled Flame series. I haven’t read the other two books in the series, but this book is very much a standalone read. I have read quite a few books by Andrew Grey, and he has this way of writing that just engages all of my emotions. I can’t help but become invested in his characters and what they have to go through to get to their happily ever after. I just knew this was going to be a special book when Marco meets Dean and Sammy for the first time at his studio and he does a photo shoot with Sammy and Sparky, a giant stuffed Dalmatian dog. The scene brought tears to my eyes, and I was glued to the book until the very end. The book was everything that I wanted and more.

Smoldering Flame starts out, and we meet Marco and get a look into his hopes and dreams for his photography career. He’s on the cusp of making it big and getting all of his hard work and dreams realized. Marco hasn’t had an easy life growing up. He lost his mother to cancer and entered the foster system. He also had leukemia as a child and was able to beat it. However, he didn’t have any family, and so he had to battle all of the treatments by himself with just the nurses and doctors to keep him company while he was in the hospital. There was a very nice firefighter that would come in and visit with the children, but he was later killed on the job. After beating leukemia, he was fortunate enough to have wonderful foster parents that were very supportive of his photography passion.

Dean’s a firefighter, and his life revolves around his very ill son, Sammy. Dean’s a single father, and his parents help out with babysitting while Dean’s at work. His mother’s very supportive of Dean being gay. However, his father is retired military and believes that Dean just needs to find the right woman again. He doesn’t support his son being gay and has very bigoted views. However he does love his grandson, in his mind he just wants his son to find the perfect woman to be Sammy’s new mother. He feels that Sammy needs to have a mother in order to have a well-balanced life.

During his treatments, Sammy sees a picture in the children’s ward with a little girl and a giant stuffed Dalmatian dog. He’s taken with the dog, and so his father finds out who shot the photo, and they visit the studio in the hopes that Sammy can see and interact with the stuffed dog in person. When Marco sees Sammy, he’s moved to offer an impromptu photo session with the dog. Marco can empathize with Sammy, and he loves how Dean cares for Sammy. Marco finds the way Dean cares for Sammy to be very attractive. And it’s Sammy and his love of Marco’s stuffed dog, Sparky, that keeps bringing Dean and Marco back together until they start dating. But Marco has trust and loss issues, and Dean has a very dangerous job. Can Marco handle the stress of Dean’s job? Can their new relationship handle how busy Marco’s job is and how much traveling comes with it? I know that I enjoyed getting the answers to those questions. I fell in love with Sammy, Dean, and Marco and of course, Sparky and Spotty, the hand puppet. I can’t wait to read the first book in the series about Marco and Richard, who are friends of Dean and Marco’s.

So for me, it’s 5 OptimuMMs for Fire Daddy, Fire Papa, Sammy, Sparky, and Spotty for stealing my heart.