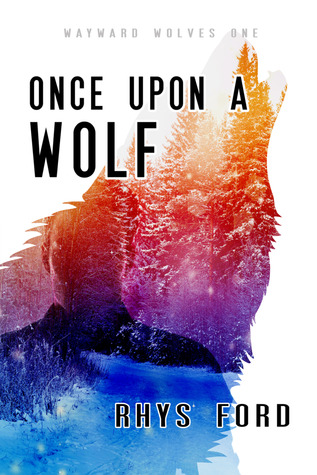 Once Upon A Time, There Was A Wolf….
Gibson Keller’s days are fairly routine: wake up early, get some work done, drink lots of coffee, and take care of Ellis, his older brother stuck in wolf form after coming home from the war. It’s a simple life made up of long runs on two legs—or four—and quiet evenings…. Until Ellis chases a handsome man off a cliff and into the frozen waters beside their cabin, changing Gibson’s life forever.
For Zach Thomas, buying an old B&B is a new start. Leaving behind his city life, he longs to find peace and quiet, and hiking the trails behind his property seems safe enough—right up to the moment an enormous black wolf chases him into a lake, nearly drowning him. Discovering werewolves are real astounds him, but not as much as the man who rescues him from the icy water then walks into Zach’s heart as if he owns it.
Loving a werewolf—loving Gibson with all his secrets—has its challenges but Zach believes their love is worth fighting for, especially since his heart knows the big bad wolf is really a prince in disguise

Gibson lives in a cabin, in the mountains with his brother Ellis…a wolf. The Keller brothers are werewolves, and Ellis has been stuck in his wolf form for the last 2 years.
One night, Ellis chases the new owner of the B&B Zack off a cliff and Gibson comes to his rescue.

The attraction between Gibson and Zack is strong, but with Ellis’ condition and old family grudges, they’ll have to find a way to be together without losing everything in the process.
It was a sweet love story.

Zack is a survivor. He survived a car accident, and then he survived a wolf (lol) and even with that, after the shock, Zack stuck with the brothers, and helps Gibson to take care of Ellis. I loved this guy, his loyalty, and his temper. He may be human in comparison to Gibson, but he knows how to tame the big bad wolf.

I loved this two lovebirds, but my favorite is Ellis. Wolf or Human, I loved him. I want to know more about him, and I hope/pray that the next book will be about him.
The story and the plot were good, coherent, fluid and well built. It was my first time with Rhys Ford, and I wasn’t disappointed.
I gladly recommend this book, and I’ll follow the series.

It’s 4 OptimuMMs for the wolves and their human.