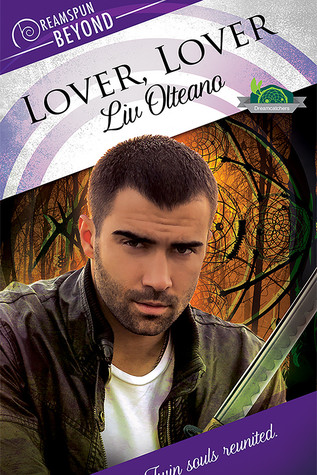 Twin souls reunited.
Drew’s always been a fighter: first in martial arts competitions, and now as a dreamcatcher—keeping the people of Seattle safe from spaga attacks that would drain their life force in their sleep. All he has to do to become a full member of Team 32 is complete his first mission.
But the first person he must defend is his ex, Angelo… the only man Drew ever loved, even if he was the one to leave. Drew never got over Angelo, and it seems Angelo might feel the same, despite the heartbreak he suffered at Drew’s hands.
As the chase after a powerful and resourceful caster hits close to home, old feelings resurface. But if Angelo learns of the dreamcatchers, he’ll be a target for the spaga. And how can he trust Drew now that Drew’s keeping bigger secrets than ever?

Drew is the new member of team 32. A team of “Super beings” who fights spagas (demons) who drain people of their life force during their sleep.
In order to become a full member of the team, Drew has to succeed on his first mission. Protecting an innocent and kill the spagas.

But when the innocent is Angelo, Drew’s ex-boyfriend, and love of his life, Drew realizes that he can’t be full without Angelo. But how to convinced Angelo that Drew is here for good when his life is full of danger?
I liked this book.

The story is from Drew’s pov. He’s funny, smart, fierce, and blunt. He’s also completely in love with Angelo and feels guilt for breaking his heart 5 years ago. However, Drew fights for Angelo and to prove to him he’s sorry and really wants to be with him for good, until the end of their lives. I liked it about Drew, the fact that he acknowledges his wrongdoing, and tries to make amends, pleased me.

Angelo is sweet, smart and very kind. He loves Drew, never stopped, but he can’t send him away, he can’t turn his back on him. I love Angelo. He’s so sweet and adorable, but not weak. He’s a good match for Drew.

There’s also Taka and Claw the other two hot members of the team that I want to know better. And Aashi, their boss, a spider/woman, or a woman/spider, I’m not really sure actually, but she’s scary and funny, but terrifying.

The plot was good, but a little bit confused and messy. We cleary understand their universe and what they are and what the spagas are, but the plot itself was a little bit hasty. Everything was fast without really being developed. But it’s book 1 of the series, so the basis is settled, and I think the series will get better and better.
Anyway, I’ll look forward to the other books, because even if everything wasn’t perfect, the story was still good and the characters loveable.
3.5 stars for Team 32