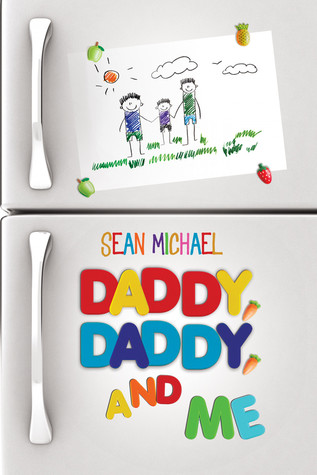 When Jeff agreed to be the sperm donor to his best friend Beth, he never expected a tragedy to leave his newborn and three-year-old motherless. Beth’s loss has totally thrown his life into chaos: his lover has left him, his house isn’t anywhere near childproof, and his boss feels the restaurant has been patient enough with Jeff’s time off.
Donny has always known he wanted to work with kids, and he just finished his degree in early childhood education. He didn’t count on the prejudice he’d face as not only a male nanny, but a gay one at that. Job-hunting has been frustrating to say the least, so when he knocks on Jeff’s door and is greeted by the sounds of things breaking and a pair of screaming children, he thinks maybe he can begin this particular interview with a trial by fire.
Becoming the nanny to Jeff’s children might be a dream come true for Danny and exactly what Jeff needs, but are either of them ready to really be a family?
First Edition published by TOP SHELF: An imprint of Torquere Press Publishers, December 2011.

Jeff lost his best friend Beth in a horrible fire, He was her sperm donor, so he has to raise her/his children, Robin 3 years-old and Kimberley 4 months-old, and then he lost his boyfriend, Mitch in the process. Jeff is lost until Donny comes to his rescue.

Donny has always wanted to work with children, he’s graduated but can’t find a job. He’s a gay man, and people seem to be reluctant to trust him with their children. So when he goes to his job interview with Jeff, he walks into utter chaos and understands that this family needs him.
I liked this book full of love.

Jeff is completely lost, traumatized and still mourning Beth, his best friend. He doesn’t know how to raise kids but refuses to give up on them. I love Jeff, I was sad for him, and he broke my heart. But he’s so loveable, I want to hug him and more I admit.

Donny is the gay version of Mary Poppins. The guy is calm, confident, and manages to deal with two kids and a lost dad in total chaos without breaking a sweat. No really, the guy is Mary Poppins. I love him, he has a huge heart, and he’s perfect for them.
The book and plot were good. I read it straight away, from the beginning to the end and I had a great time with them.
Put two hot men and toddlers in the same book and bam, I’m on it and happy.
I recommend this book. You’ll have a good time with a smile on your face at the end.