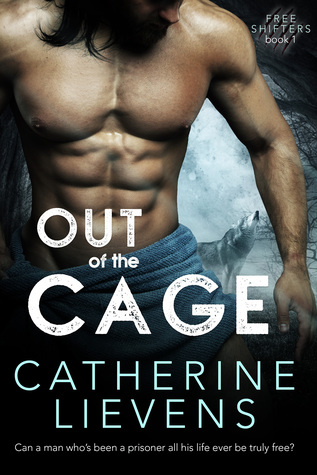 The only thing Emmett has known his entire life is the zoo. He was born in captivity, taken away from his mother when he was twelve, and has lived alone in his cage for the past twelve years.
Levin is a free shifter. He was born free, and he’s made saving shifters under human control one of his missions in life. The lucky ones are locked in zoos for human entertainment. The unlucky ones are in labs, being tortured and killed.
Emmett and his best friend are rescued from the Colorado Zoological Park just before the park plans to get rid of Emmett for not being able to breed. Emmett has trouble adapting to life outside the cage, but Levin is there for him, helping him every step of the way. It’s confusing and scary, but Emmett has never felt so safe—yet so out of place.
Levin and Emmett must find a way to fit together as they deal with a jealous ex and Emmett tries to become a true pack member. When one of the kids runs away, not even Levin listens to Emmett when he says he can help. Will Levin manage to rescue the pup before it’s too late? What will happen when Emmett decides to disobey Levin’s order to stay put and gets hurt in the process?

Out of the Cage is the first book in the Free Shifters series by Catherine Lievens. This is a great new series. I liked both of the main characters Emmett and Levine. I also liked Emmett’s best friend and fellow zoo captive Keating, who’s a rare white tiger shifter. Emmett and Levine have great chemistry and complement each other. There is some nice world building in this book, and it’s a slow burn romance. Not a lot of angst but Emmett will have his work cut out for him to try and get the free pack to treat him as anything other than an outsider and pampered zoo animal.

Emmett is naive and innocent about the world since he’s only seen and observed the world through the bars of his cage at the zoo and he has only ever interacted with his zookeepers and the other zoo employees. He was taken away from his mother at the age of twelve and has lived alone for the last twelve years. His keepers keep trying to get him to breed with other females from different zoos, but Emmett refuses to breed.

Emmett has two reasons that he won’t breed. First is that he doesn’t want his kids to be sentenced to living their whole lives as zoo animals never knowing freedom and a life of loneliness and the second reason is he’s gay and has no desire to breed a female. However, Emmett is a common wolf shifter, and if he won’t breed then he’s not earning his keep, and he learns that he’s about to be “retired.” Emmett and Keating are rescued the day before he’s supposed to be retired. Emmett has never known freedom or love. His only friend is the white tiger shifter, Keating, who has lived next to him for the last decade.

Levine, on the other hand, is one of three alphas that are responsible for their pack of free shifters. He’s no stranger to responsibilities and constantly having pack members asking him for things. Their pack lives off the land in a network of caves inside of a mountain. And although they are free, they do have enemies and dangers that they have to watch out for like human hunters that will capture them and sell them to zoos or as research animals or simply for their pelts to make clothes out of them. The free world is a dangerous place, and as a result, they have to stay close to the caves and in hiding, so freedom is a relative term.

When Emmett is rescued, he will find out just how dangerous the free world is. Is he really free or did he just exchange one cage for a bigger one?
This book is the beginning of a new series, and as such, it does end in a happy for now ending for Emmett and Levine. I can’t wait to read the next book in the series, and I hope that it answers some of the questions that were left unanswered at the end of this book. If you liked Catherine Lieven’s other series, I would give this series a try.