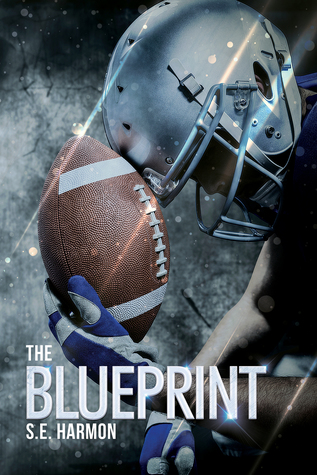 Kelly Cannon is satisfied with his life. He has friends, a wonderful family, and a great job. But his love life has reached a new level of pitiful. Why? Well, his heart decided to break all the rules. Don’t fall in love with a straight guy. And definitely don’t fall in love with your best friend.
NFL standout Britton “Blue” Montgomery has pressure coming at him from all sides. From his father, who’s only interested in Blue’s football career. From his coaches, who just want him to play without getting injured again. From the fans. From his agent. And from his mother, who has popped up on the radar after leaving his family years before. And now his relationship with Kelly is on shaky ground, and that frightens Blue more than anything.
When Kelly admits he’s in love with Blue, bonds are tested, and Blue has to decide what’s really important. He doesn’t want to lose the number-one person in his life, but the cost to keep Kelly close might be more than he’s willing to pay.
It’s a good thing his nickname is the Blueprint—it’s time to draft a new set of plans.

Kelly is in love with Britton aka Blue, his best friend since 2nd grade. The problem is Blue is straight and a NFL player. When Kelly confesses his love to Blue, everything changes between them, and their long friendship needed to be rethought by both of them.

I need to be clear, I love S.E Harmon, PS I SPOOK YOU is one of my favorite books, but here I developed a Love/I-Want-To-Slap-You-In-The-Face relationship with the characters.

Kelly is gay and out, well not completely, since he didn’t come out to his family. He had separated his life, fearing rejection by his parents. His coming out to his family was funny, and I really liked this moment. When he admitted to Blue that he loved him, Blue was lost, and Kelly didn’t react well. At first, I totally understood. I mean he’d been in love with Blue since he was 12 years-old, and suddenly he the need to bare his heart out in the open completely naked then without any reaction from Blue. So yes, I completely understood that he didn’t react very well. But after, I was kind of lost. Kelly didn’t help Blue to understand what he was feeling, or how to come to terms with his newfound sexuality. Nope, Kelly gave him tantrum, fought, argued, played with his jealousy and finally gave him an ultimatum. Basically, the guy ran away from his so-called love of his life the entire book. But he’s not some lunatic. He acted this way because Blue forced him to act like that.

Blue is lost. He didn’t understand his new feelings for Kelly. He wanted him, but he was scared. I understand, for 30 years the guy thought he was straight, and suddenly realized that he wanted a man, his best friend. But Blue didn’t know what he wanted. And he played with Kelly during the whole book. “I want you” then “No it’s a mistake” then “I need you” then “We need to be just friends” and on and on and on. And they played this game for 90% of the book.

All the book is about Blue and Kelly and their ping/pong games. At some point, I wanted to put them in a room, alone, and force them to get their shit together. But in the meantime, I kind of loved them too. Because when they weren’t acting like two 3 year-old kids, they were kind of cute, and hot, super-hot. Their friendship was beautiful and amazing. The end is beautiful, and I really loved it.

So all the book, I ranted about them, but at the end, I was completely swooning for them

It’s 3.5 OptimuMMs for the Nerd and the Player.