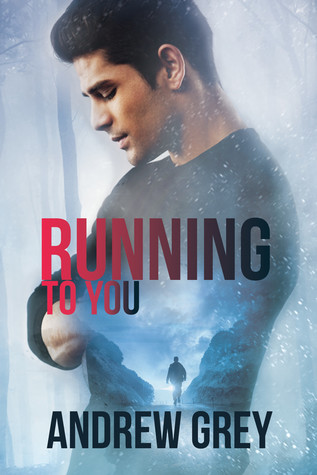 Home, love, and possibilities he never imagined are waiting for Billy Joe to claim them. But first he needs to escape the horrors of his past.
A twisted act of cruelty and prejudice drives Billy Joe from his Mississippi home, and he makes it as far as Pennsylvania—where his car breaks down just as the year’s first snowstorm blows in. Fortunately, Carlos is there to lend a hand.
Carlos is no stranger to hardship. His family rejected him for being gay, but with determination, he put himself through school and became a librarian. Carlos sees the same willpower in Billy, and he wants to help Billy and his son succeed in a new life that is very different from the one they left behind. With his support, they start to adjust, and before long, both men want more than encouragement from each other. They want the chance for a future together, but their families have other ideas… and Billy’s will stop at nothing to get what they want.

Billy Joe ran away from his white supremacy family in the middle of the night with his son Tyler.
He drove as far as he could from Mississippi until his car broke in the middle of a snowstorm in Pennsylvania.
Carlos saw Billy Joe and Tyler in the middle of the road and decided to help them. What’s supposed to be help for a night, becomes the beginning of a life of all three together, but their families have other ideas.
Carlos and Billy Joe will have to stand up for what they believe in and who they are, together but also alone.
Waow this book is poetically beautiful.

Billy Joe grew up in a white supremacy family with all that implied (racism, homophobia, hate). One day, after witnesses something awful (I cried, and cried, and cried when I knew what it was) he decided to save his son and run away. Billy Joe had years of conditioning in him, even if he realized that it was wrong. He can’t erase all of it suddenly. He lived in fear all his life, being gay in a family like his, is a death sentence. When he meets Carlos, he’s afraid, lost, and needs to reevaluate his beliefs and fight his fears and prejudice. I really loved Billy Joe, he’s strong and brave, and when he found the courage to fight back, and not hide, he did it beautifully. It wasn’t easy, and Tyler’s safety was at stake. He had a choice, but he decided to fight and have justice. I admired him and wanted to hug him a lot.

Carlos was thrown out by his family when they find out he was gay. Like Billy Joe, he had to leave his family, life, city, and start over on his own. After years of struggling with money while in college, Carlos succeeded to become a librarian and being a proud gay man. He refuses to hide who he is, not after everything he’d been through. That’s why, when he meets Billy Joe, he understood what he’d lived with back home, even if didn’t know everything at first. Carlos is strong and brave, and he had a strength in him that I loved, but deep down, he was still a child who had been rejected by the people who were supposed to love him unconditionally, and it broke me.

Billy Joe is the strength that Carlos needs to stand in front of his family, and Carlos is the balm in Billy Joe’s heart and soul.
The book is beautiful and poetic. I love how the author took me with him into Carlos and Billy Joe’s piece of life. Andrew Grey gives me a wonderful palette of feelings, like a rainbow, I had a lot of emotion throughout the book.