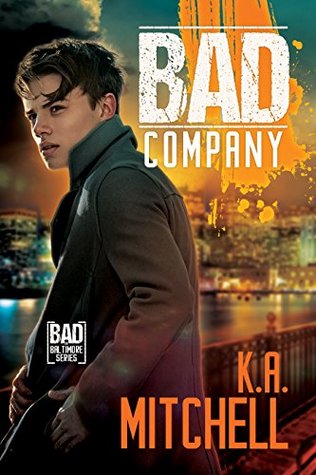 Bad in Baltimore: Book One
Some things are sweeter than revenge.
“I need a boyfriend.”
Hearing those words from his very straight, very ex-best friend doesn’t put Nate in a helpful mood. Not only did Kellan Brooks’s father destroy Nate’s family in his quest for power, but Kellan broke Nate’s heart back in high school. Nate thought he could trust his best friend with the revelation that he might be gay, only to find out he was horribly wrong and become the laughingstock of the whole school. Kellan must be truly desperate if he’s turning to Nate now.
Kellan’s through letting his father run his life, and he wants to make the man pay for cutting him off. What better way to stick it to the bigot than to come out as gay himself—especially with the son of the very man his father crushed on his quest for money and power. Kellan can’t blame Nate for wanting nothing to do with him, though. Kellan will have to convince him to play along, but it’s even harder to convince himself that the heat between them is only an act….

This was an enjoyable read from this author. I really enjoyed the storyline of a straight guy wanting revenge on his homophobic father by pretending to be gay. There was a lot of sarcasm also which I always enjoy. Then, there was the homophobic people that just breaks my heart and saddens me that this is still a concern for the gay community. But the author deals with the reality of it all in a way that just pulls at my heartstrings.

First, we meet Kellan, the son of his homophobic father. He’s mad at his father for cutting him off from his funds, home and told him he wished he’d never been born. So what better way.to get revenge than to pretend to be gay with your childhood best friend. Kellan hasn’t seen his best friend for 15 years since their following out. What Kellan is willing to do with his best friend to get this revenge is absurd but hot at the same time.

Nate is a gay man and Kellan’s old best friend. Kellan’s father ruined his father’s life years ago, and Nate has never forgotten the pain and grief this caused. After fifteen years of not seeing his old best friend and his one true love, all of a sudden, there’s Kellan right back in his life. Nate has no interest at first with Kellan’s proposition, but Kellan is very persuasive and gets him to agree with this plan of his. He’s floored when his ex-best friend even agrees to do sexual things to him.

Then there’s Eli. A co-worker of Nate’s. Eli is such a fun-loving character and can read both these men very well. Eli is convinced that the two are in love and need to be together for real. I had a blast reading Eli and I’m excited that the next book is about Eli. I can’t wait to read this.