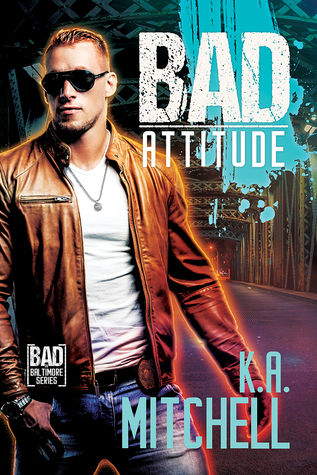 Saving lives never used to be this complicated.

Gavin Montgomery does what’s expected of him by his wealthy and powerful family—look good in a tuxedo and don’t make waves. When a friend takes a leap off a bridge, Gavin tries to save him, only to fall in with him. At least at the bottom of the river he won’t feel like such a disappointment to his family. But he’s pulled from the water by a man with an iron grip, a sexy mouth, and a chip on his shoulder the size of the national deficit.

Jamie Donnigan likes his life the way it is—though he could have done without losing his father and giving up smoking. But at least he’s managed to avoid his own ball and chain as he’s watched all his friends pair off. When Montgomery fame turns a simple rescue into a media circus, Jamie decides if he’s being punished for his good deed, he might as well treat himself to a hot and sweaty good time. It’s not like the elegant and charming Gavin is going to lure Jamie away from his bachelor lifestyle. Nobody’s that charming. Not even a Montgomery….

This is the third book in the series, and I would suggest reading the first two just so you know who characters are and their backstory. I’ve really enjoyed this author’s writing and her different characters that fit well together no matter how different they are from each other they are. In fact, it’s fun to watch these opposites figure everything out.

Gavin is the typical little rich boy that does what’s expected of him during the day. But once the sunsets, he’s a naughty boy that may party a little too hard. Well, one night, he knew he was too drunk to drive, so he let his friend, Beach drive. Well, Beach was a little more intoxicated than Gavin thought. Beach stopped on a bridge and ended up in the river below. And so did Gavin trying to save his friend’s life. Of course, everyone thought Gavin was trying to kill himself. And in the rich community, this was not acceptable. It made Gavin’s family look bad.

Jamie is a man with losses that are devastating. The latest being his dad who died from smoking and so Jamie has quit. He lost his man in a parachute accident that was preventable. Damn people taking stupid risks gets on his last nerve. One night, he gets called to a search and rescue for a couple of jumpers. Jamie finds these men and saves their lives.

Gavin’s family throws a big party for this hero, Jamie, and things are just a little too much for Jamie. The media is on this story since it was a Montgomery that went over the bridge but Jamie was just doing his job. Gavin wants to kiss those lips that saved him, but Jamie wants simplicity. Well, things change after Gavin invites Jamie to a party. The heat between these two is hot but can they get past their differences? Can they get to know the real personalities of each other? Can they get past their communication differences and actually tell each other the truth? I guess you will have to read and find out for yourselves. Trust me, this is a fun read.