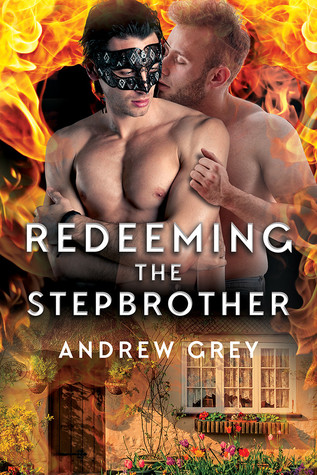 A Tale from St. Giles
Family can be a blessing and a curse, but for artist Florian, it’s a nightmare he longs to escape.
As chief designer for Bartholomew Artist Porcelain, Florian specializes in painting birds. He also watches them in the wild to distract himself from his short-tempered mother, at least temporarily. Florian’s heart is too soft to leave his stepsister, Ella, to suffer alone. Still, he can’t help dreaming about one day finding happiness and love.
When Count Dieter von Hollenbach arrives in town to visit a friend and present an award, he isn’t looking for romance. Then again, he doesn’t expect someone as perfect as Florian to come into his life. To make sure Florian is all he seems and that their connection is genuine, Dieter keeps his title to himself.
But he isn’t the only one with a secret.
At a masquerade ball to celebrate the award, some of the masks fall away, but those that remain in place could destroy the love beginning to grow between them.

Redeeming the Stepbrother is the second book in the Tales of St. Giles series by Andrew Grey. I loved the first book in the series, Taming the Beast, which was a play on the Beauty and the Beast fairy tale.
The second book is a play on the Cinderella fairy tale, but Andrew Grey has made it his own because the story isn’t about Cinderella, which would be the stepsister, it’s about one of the stepbrothers, who wants to protect his stepsister. There is still the evil stepmother and the rotten stepbrother, but there is only one rotten stepbrother instead of two. The good stepbrother, Florian, is old enough and makes enough to be on his own instead of still living at home but that would leave his underage stepsister at the mercy of his selfish and self-absorbed mother, who treats his stepsister like her own personal servant. So Florian stays to play mediator. I loved how he stands up to his mom and his brother ‘cause they are both a piece of work.

Florian and his brother both work at the Bartholomew Artist Porcelain, however, Florian is loved by his design team and everybody at the company, and his brother is hated by his co-workers. So when his brother gets passed over for a supervisor’s promotion, it has to be his brother’s fault since he’s been seen talking to the owners and the German representative that is there to present an award that the company has won.

I loved Florian. He’s kind and sweet and doesn’t take shit from his family but there isn’t a lot of gay people in their little town, and he’s kind of lonely. And he may have had a crush on his boss, Dante for the longest time, although he’s had to give that up when his boss got married, and he can see how in love they are and how they complete each other. Florian is a chief designer and specializes in painting birds. He’s won numerous awards, and it’s because of his work that they have won another award. He also loves to watch the birds in the wild to help with design ideas, and it’s in the marshes that he first meets Dieter von Hollenbach. And he falls for him fast and hard. But he knows that a relationship between them is not realistic since Dieter is only going to be in town for two weeks before going back home. Will Florian go with him when he goes and if he does what will happen to his stepsister?

Count Dieter von Hollenbach is in town to visit his friend Dante and award his company with an award. When he gets into town, he goes to the local hotspot for seeing birds and gets stuck in the mud and is lucky that Florian is there to save him. He didn’t come looking for love, but that didn’t stop it from happening. But is Florian really as wonderful as he seems and how will he react when Dieter tells him that he’s a count?

I liked how Dieter and Florian interacted together, and I loved getting to see more of Dante and Beau from the first book. I especially liked how the book ended, and I can’t wait to see what the author comes up with next.