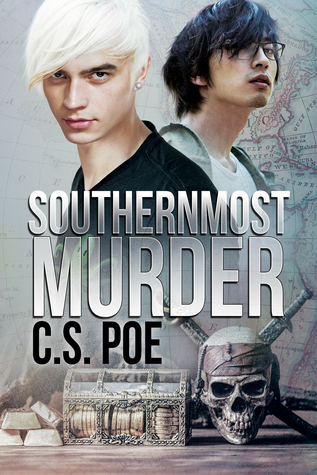 Aubrey Grant lives in the tropical paradise of Old Town, Key West, has a cute cottage, a sweet moped, and a great job managing the historical property of a former sea captain. With his soon-to-be-boyfriend, hotshot FBI agent Jun Tanaka, visiting for a little R&R, not even Aubrey’s narcolepsy can put a damper on their vacation plans.
But a skeleton in a closet of the Smith Family Historical Home throws a wrench into the works. Despite Aubrey and Jun’s attempts to enjoy some time together, the skeleton’s identity drags them into a mystery with origins over a century in the past. They uncover a tale of long-lost treasure, the pirate king it belonged to, and a modern-day murderer who will stop at nothing to find the hidden riches. If a killer on the loose isn’t enough to keep Aubrey out of the mess, it seems even the restless spirit of Captain Smith is warning him away.
The unlikely partnership of a special agent and historian may be exactly what it takes to crack this mystery wide-open and finally put an old Key West tragedy to rest. But while Aubrey tracks down the X that marks the spot, one wrong move could be his last.

This is book three of the series. As the first two books were with Sebastian, this can be read as a standalone, but I always suggest reading the first two to keep caught up on the characters. This author did a great job with this historian piece in the present day. I felt like I learned a lot about the Pirates of that century and lost treasures that many have died over. And, how true love can conquer even if it takes over a hundred years.

Aubrey is a historian that moved to The Keys after a bad break up three years ago. He’s the manager at The Smith historian house and is in the process of restoring it to the original form. He has narcolepsy, which added a bit of fun, and falls asleep at some really awkward times. The day he was supposed to go on vacation and pick his boyfriend up at the airport, a skeleton fell out of a closet he was changing the wallpaper in the Smith house. The police officer, Tillman, basically made fun of him and assumed it was that he had fallen asleep and dreamed it because when Tillman got there, Skelly was gone.

Jun, the FBI boyfriend, rented a car and made his way to Aubrey at the Smith house. He knew Aubrey from when he was partners with his ex. Jun had always been in love with Aubrey and has stayed in touch with him the past three years. Three years of flirting and talking and wanting nothing more than to show Aubrey how much he loved him. They were supposed to have a week and a half together until Skelly showed up, murders started happening, and a crash course into history screwed that all up.

I adored this couple, their sexual tension and their adventure they embark on together. I loved how Jun accepts Audrey just the way he is, narcolepsy and all. And the ending was the perfect ending. This has history, drama, suspense, and love in all the right places.