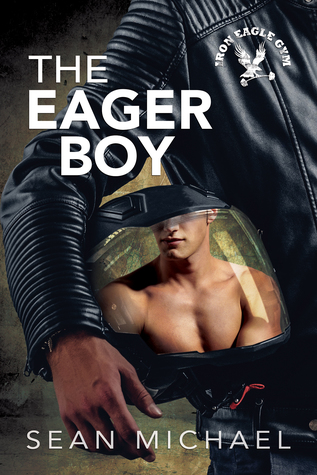 Eight months ago Robin Secoya left his lover and master, Stack Lobond, because he didn’t believe Stack really cared about him. He was sure that for Stack, any warm body would do, and Robin wasn’t willing to be just a warm body anymore.
A chance meeting at the Iron Eagle Gym brings them back together, and old feelings aren’t far from the surface. They decide they can’t pass up a second chance at romance. But this time, it isn’t just Stack’s demanding career as a big-cat vet putting strain on their relationship. Robin also has a new job that takes up a lot of his time.
Will their kinky love affair crash and burn a second time, or can they find the balance that will allow the passion between them to flourish?

This is part of a series but I read it as my first book from this author and seemed ok as a standalone. I felt the book really focused on the two MC’s and so I was too lost on previous characters. I thought this author did a good job connecting me to the characters and how they were feeling. I felt as it was slightly repetitive at some points but overall, a good read. I like the concept of having the gym as part of the lifestyle. I mean, what better way to get all worked watching you Dom or Sub working their muscles and sweating. Yummy.

Robin left his Dom/lover because he didn’t believe his cared for him other than just being another Sub. Robin did good for himself by getting a job, a tiny apartment and was being self supporting. He was proud of himself for that but he missed his Master greatly. Robin was leaving the gym one day when he ran, I mean ran, into his old Master right in the chest. Robin just can’t turn down an invitation to dinner with him.

Stack has been devastated since Robin left him and couldn’t understand why he moved out except he knew he worked to much. When Stack got rammed in the chest by a man, he was so happy it was Robin. He asked him to dinner and then a costume party. The sparks go flying and they can’t keep their hands off each other. Sex was never the issue.