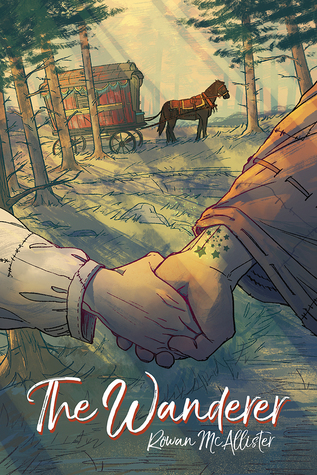 After centuries of traveling the continent of Kita and fighting the extradimensional monsters known as Riftspawn, mage Lyuc is tired and ready to back away from the concerns of humanity.
But the world isn’t done with him yet.
While traveling with a merchant caravan, Lyuc encounters Yan, an Unnamed, the lowest caste in society. Though Yan has nothing but his determination and spirit, he reminds Lyuc what passion and desire feel like. While wild magic, a snarky, shapeshifting, genderfluid companion, and the plots of men and monsters seem determined to keep Lyuc from laying down his burden, only Yan’s inimitable spirit tempts him to hang on for another lifetime or so.
All Yan wants is to earn the sponsorship of a guild so he can rise above his station, claim a place in society, and build the family he never had.
After hundreds of years of self-imposed penance, all Lyuc wants is Yan.
If they can survive prejudice, bandits, mercenaries, monsters, and nature itself, they might both get their wish… and maybe even their happily ever after.

Lyuc is a mage who travels the continent of Kita and fights the extradimensional monsters named Riftspaw. Lyuc is old, a thousand years-old-ish. He’s tired and only wishes to finish his mission and rest in peace.

During his travels with a merchant caravan, Lyuc meets Yan, a young man, an Unnamed. Despite being an Unnamed, Yan is strong and proud.
Lyuc and Yan will travel together, and the more time they spend together, the more they know each other. Despite the bandits, the mercenaries, the monsters, and the society ready to ban them, they want their own happy ending.

The Wanderer is the first book of Chronicles of the Riftlands series. I really liked this book; it was a beautiful story.
Lyuc is super old, a little bit grumpy, and always argues with his horse, Brin, (who isn’t really a horse by the way). When he meets Yan, at first, his first thought was to help the young man, but the more he interacted with him, the more he feels alive. I love Lyuc. He’s kind, powerful, romantic and protective. He’s also lonely and tired and wants to die finally, but Yan will change this.

Yan might be an unnamed, but he’s strong, proud, with a high temper. He’s also very smart. The only thing he wants is a family, his own family. When he meets Lyuc at first, he’s suspicious, but the more he starts to know him, the more he wants him. Yan reminds Lyuc what life is, how it can be not to be alone forever.

I love how Yan put life back into Lyuc’s old tired body and how Lyuc gives Yan everything he has.
I really liked this book. The characters are lovable, and the story was good. The plot was around Lyuc and Yan but not only focused on them, as we also learn the background of their universe and where and how their world and rules is situated.

I like how the author wrote his story, well described without being to boring, with a little something that I can’t pinpoint, it was like reading a tale, a May-December tale with hot sex scenes, a little bit of angst, and a lot of love. Yes, a beautiful tale!
It’s definitely a series that I’ll follow, and I recommend it to you.

It’s 4 OptimuMMs for The Mage, The Horse and The Unnamed