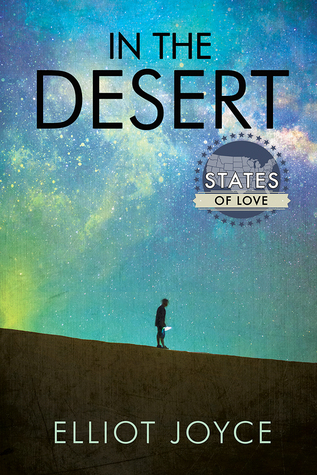 Can a Navajo trans teen and a nerdy Catholic find the place they belong… and maybe themselves? In the desert, anything is possible….
When Wren came out as transgender before his senior year, it cost him most of his friends. His father hopes joining a Boy Scout troop might help Wren meet other young men his age and be accepted for who he is.
Felipe Nieves wants the new guy in the troop to feel comfortable, and he reaches out to Wren. They become fast friends… with something more beneath the surface. Those feelings confuse Felipe, since his religion considers this a sin—and he’s always assumed he was straight—but he can’t help pining for Wren. Asking him out will take courage, and getting together won’t be easy… but through their friendship, both young men might find their identities… and learn to embrace them in a unique coming-of-age story set against the beauty of the American Southwest.

In the Desert by Elliot Joyce is a look into the life of a female-to-male transgender teen called Wren.

Wren used to be Danielle, and he used to be the oldest of three sisters and has a younger brother. Now he’s the oldest brother to two sisters and a younger brother, and it’s been a big adjustment for all of his family members getting used to saying a new name and new pronouns when referring to Wren. Wren is also at a new high school after being bullied and chased after using the guys’ locker room and bathrooms after coming out as trans. He’s lost most of his friends when he came out and so his dad has the idea that Wren should go with his younger brother to his Boy Scout troop to help make new friends that will accept him for being just another guy. It helps that there’s already another trans guy that’s part of the troop and so it shouldn’t be a problem that Wren is trans.

I liked the troop and how they treated Wren. They didn’t treat him any differently than the other guys. I really liked Felipe for reaching out to Wren and trying to get him to interact with the troop. And Wren ends up with three friends from the troop, Felipe and by default his two best friends in the troop also, one of which is the other trans teen. I liked getting to see how Wren gets more comfortable with himself and with how other people treat him. He really comes out of his shell, and it’s beautiful to see.

He has a crush on Felipe, but he thinks that he’s straight, so he’s just happy to be his friend. Felipe thinks that he’s straight until he meets Wren and finds himself developing feelings for Wren, but will he have the courage to tell Wren his feelings and ask him on a date? Felipe doesn’t even know if Wren is gay but with encouragement from his friends, he’s going to find out. The story is a slow burn, hand-holding and light kissing kind of a story that works great for a new-adult themed story. I liked the story for what it was—a look into Wren getting comfortable with who he wants to be and finding friends that will accept him for who he is.

I would have loved to see a prequel to this story about when Wren came out to his family and how he was bullied in school which led to him changing schools. I wanted to see all of the struggles that Wren had to go through to get to where he is now. I know that he still has a long way to go, he still has to convince his parents to allow him to start hormone injections and decided on whether he will have top or bottom surgery. But I just wish that I had gotten to see the struggle from the beginning of his coming out instead of having skipped that part.

I hope that the author will continue Wren and Felipe’s story. I would love to see how their relationship progresses as Wren continues through his transition.