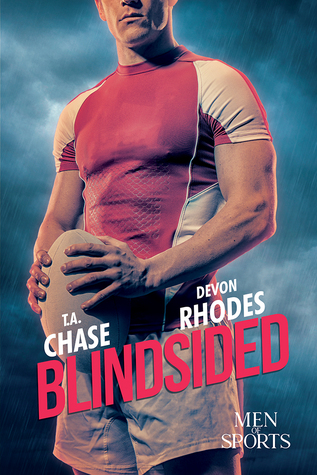 When Liam is transferred to Melbourne, he’s blindsided by his growing feelings for the hottest lifeguard on the beach. Luckily Matty knows mouth-to-mouth… How did alone turn into lonely? Rugby player Liam Holmes is forced to ponder that when he’s transferred from Canberra to Melbourne, away from his cousin and all that’s familiar. It’s part of playing pro, adjusting to a new team and teammates, but Liam finds himself searching for something more than his career. Matty loves the beach and being a lifeguard is all he’s ever wanted to do. He notices the new hottie at the beach right away and wonders what his story is. When he encounters him at the pub, he takes the reserved league player under his wing and into his group of mates, and they soon become fast friends. Friends isn’t all they want to stay, however. And once they give in to their attraction, the two are blindsided by the emotions that come with their deepening relationship. Can two men without any experience at relationships both navigate their way to steady ground?

Rugby player Liam Holmes transfered to Melbourne from Canberra. He leaves all his family and friends behind him to join his new club. Even though he’s happy to play the sport he loves so much, Liam realized that outside of his work, he has nothing, and he’s pretty lonely, more there in this new city than ever. Matty is a lifeguard who was born and grew up in Melbourne. Despite having his dream job and his friends, he’s lonely.

When Matty and Liam meet the attraction is there, but they start by being friends first before becoming lovers. But how do you not mess up the most beautiful thing that happens in your life when you don’t know how to be in a serious relationship?
That’s what Matty and Liam will have to find out!

Blindsided is book 1 of the Men of Sports series.
I liked this book a lot. It was a pleasurable read, and I spent a great time with Matty and Liam.
Liam is a professional rugby player, he loves his job with fierce passion, but he’s lonely. He doesn’t complain about his transfer. When he meets Matty at the pub, recognizing him as the hottie lifeguard, Liam doesn’t hesitate to talk to him, and with this simple conversation, he starts the beginning of their relationship as friends then as lovers. I really like Liam; he’s super-hot, open-minded, a high temper, and confident in his own skin. He’s Bi and doesn’t hide it. He doesn’t scream his preference in bed at the top of the world either, but he doesn’t back down when confronted about it. I really love him.

Matty is a lifeguard, and it’s his dream job. He loves it, but he’s lonely too. He’s gay, out with his family and two of his best friends. He doesn’t hide, doesn’t pretend to be straight, but he doesn’t talk about his private life either. When he meets Liam, he’s completely attracted by him, but he doesn’t know which team Liam swings for at first, so he settles for a friendship at the beginning. Then when he finds an opening, Matty doesn’t back down and completely opens the door to his heart for Liam. I loved Matty too. He’s very strong and confident, he knows what he wants and doesn’t turn around in circles if he wants something. He’s also very protective of Liam and his friends and ready to fight hard for them.

The plot is about Matty and Liam’s story. The book alternates between both of their POVs, and we follow how their relationship starts and while their feelings are born. We also met secondary characters that are really loveable like Leon and Collin. It was well written, simple, and not boring or too sappy (I love sappy, but it would have been weird with these two guys).
I had a great time with these two hot guys, and hope that the authors will write Leon’s story (I had a huge crush on him) and Collin’s story too.

I recommend this book; you’ll have a good time with them.

4 OptimuMMs for these two hotties!

One thought on “Review: “Blindsided” by T.A Chase & Devon Rhodes”