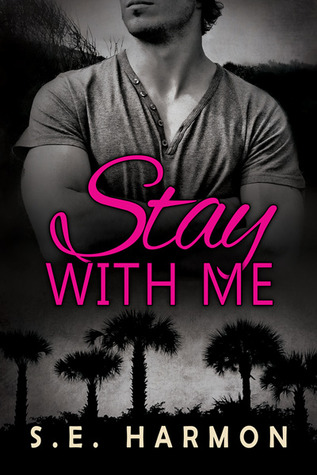 Private investigator Mackenzie Williams’s newest client is everything he’s looking for in a guy—charming, beautiful, intelligent, and successful. There’s only one itty bitty problem—the guy’s not exactly gay. In fact, Jordan Channing is looking for a PI to follow his fiancée. The smart thing would be to thank Jordan for his time, turn Mr. Perfect away (don’t let the door hit you on the rump, thank you very much), and forget he exists.
Of course, Mackenzie has never been accused of doing the smart thing. Being a smart aleck is more his MO. Relationships aren’t up his alley, never have been. So why’s he so inexplicably drawn to his new client?
Jordan has always been the high achiever, a man who lives in a focused, controlled, and carefully constructed manner. But for the first time in his life, he has to admit the impossible—another man is getting his engine running on all cylinders. Despite Jordan’s denial, it’s not long before he can no longer resist the strong undercurrents pulling them together. Now Jordan must decide if he can go against everything he’s ever known to have the only love he’s ever wanted.

Mackenzie is a private investigator. He has his own business with his partner Drew. His new client, Jordan Channing hires him to follow his fiancée Rachel. Mac can follow Rachel, he can also give a report to Jordan, but he can’t help himself being attracted to this handsome, very straight, man.

Jordan is a successful lawyer, engaged to a beautiful woman, he seems to have everything, but when he starts to have suspicions about his fiancée, he decides to hire a PI. Jordan didn’t expect being attracted to this man…
How can two people build a relationship when one had bad experiences with love, and the other had to learn everything about his own sexuality? That’s what Mac and Jordan will have to work for.

Stay with Me, is book one of the PI Guys series by S.E Harmon.

I loved this book, I had a lot of pleasure with the guys.
Mac is hilarious, completely crazy with a big mouth. The sass in this guy must be illegal. He’s also fragile and deeply wounded by his past. He’s so afraid of suffering and being abandoned that he sabotages his relationships before it ends. Worse, he doesn’t realize it. He always feels abandons and lonely. I love Mac, even if I want to beat him up badly, even if he’s selfish, I love him, I understood him, why he is like that.

Jordan is straight and he’s never questioned his sexuality before meeting Mac. At first, he tries to walk away, but it’s not in his nature to hide, so he decides to try to be with Mac, and oh my god it was super hooooooooot. I really love Jordan, I understood him, his fears, the changes that he has to face, but he never backs down, never gives up, and never walks away. He fights with everything he’s got to be with Mac. I love him for that.

It was a beautiful and funny book; all the book is from Mac’s POV. Mac and Jordan are funny, adorable and super-hot, no, really, the scenes sex was super-mega-hot and well written.
I love the author’s style, her writing is good, fresh and dynamic. The plot is focused on Mac and Jordan’s relationship, but with a lot of extra, between Mac’s investigations, his relationship with his family and his fight with his asshole of ex about his dog, so I didn’t have time to be bored.

I can’t wait to read the second book of the series, hope, I will have a little glimpse of Mac and Jordan through Drew’s story!
I recommend this book. It’s a sweet, hot and funny gay-for-you book.

4 OptimuMMs for the lawyer and his PI.