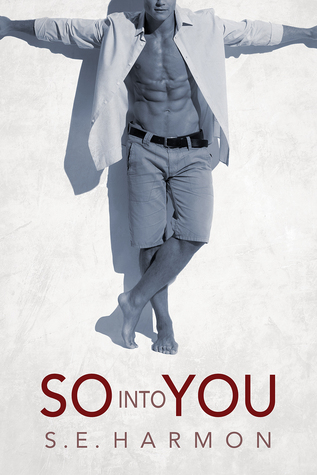 Screenwriter Noah Ashley has a few four-letter words for his agent when she suggests he improve his script by shadowing a PI. Still, because he’s an artist dedicated to his craft and she knows where the bodies are buried, he agrees. Then he spends a little time with the gorgeous PI, and suddenly it seems like a really good plan. The PI doesn’t seem to entirely love the idea, but Noah has never been afraid to go after what he wants.
PI Drew Rodriguez is used to people depending on him. He’s the classic rock for his family. Responsible. Dependable. The classic rock would never succumb to the borderline sleazy temptation of friends with benefits, no matter how sexy that temptation is. Drew is looking for something enduring.
Despite Drew’s misgivings, it’s not long before they’ve got all the requisites for friends with benefits going. Friendly, good conversation? Check. Fun times in and out of bed? Check. Hot, electrolyte-sapping sex? Double check. Falling in love? Yeah. About that….

I love this author!
S.E. Harmon is a new discovery for me, but the author captured me with her style. Needless to stay one of my favorite is Blueprint, I just love GFY…

So Into You is a good book, I like the double POV which let us into the characters state of mind.

We knew Drew from Stay with Me, the first installment of the series. Drew is Mac’s partner at their PI firm. Drew is a bit of introvert and sensitive and covers it up with stony behavior, but that is just an illusion.

Noah aka Hollywood is an extrovert, spoiled Hollywood screenwriter. He takes life as it comes. Never denying himself the pleasures of life because that’s just not him. So when things go astray in his career, he finds himself shadowing Drew the PI who was contracted by his agent, Sidney, who happens to be his ex-wife. There is some insta-lust from the very beginning.
The story it sweet, two opposites collide together rolling toward a very shady end. Love seems to complicate things…I loved it!

But…! Let me open a parenthesis, Drew!!! Oh man, I just wanted to hit you on your empty skull several times. Ok, you may ask me why, and here’s why. Drew’s father served time for multiple felonies. He’s an absent father, an abusive husband that left them more than once letting Drew pick up the pieces. Now J.D. is back, and guess what?! That stupid Drew not only lets him stay, but he buys him clothes shoes and stuff…and gives him cash too!!

Now in my mind there are two options— Drew is a Saint reincarnated or just plain dumb. I go with the second. From my personal experience, I know how Drew should feel, I know how I feel, but what Drew did just wasn’t realistic, not in my world. Maybe I am not as forgiving as he is…but damn! I would drop J.D. out on the street in a nanosecond!
Rant over.

Overall, I give 4 OptumuMMs for the story!