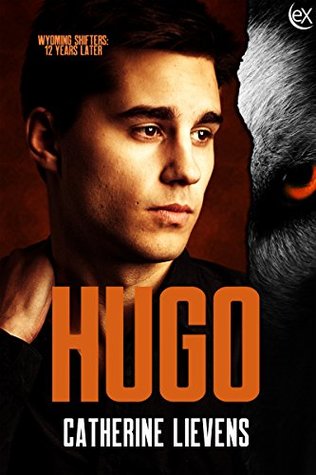 Hugo never expected his life to go the way it has. He’s only twenty-one, yet here he is, single father to a three-month-old Ennis. His parents aren’t happy he made the decision to keep Ennis, but he’s dealing with everything better than he ever thought he would, and when he meets his mate, he feels everything coming together.
Leo is lucky his son lives in Gillham. With the help of the pack, he managed to beat cancer, and he can now focus on Brian and his mate, Josh, and on rebuilding his life. He knows it won’t be easy, but at fifty-four, he doesn’t expect much. He certainly didn’t expect to have a mate and for him to be thirty-three years his junior.
Leo tries to stay away from Hugo because he thinks he’s too old. No one else seems to think that’s a problem, or no one who matters, anyway. But will Leo be able to get over his hang-ups and give his relationship with Hugo a chance? The family he’s always wanted is right in front of him. Will he take that opportunity, or will he let his age get the better of him?

Hugo is the fourth book in the Wyoming Shifters: 12 Years Later series by Catherine Lievens. This is the book that I have been waiting for. It ties in with the third book, Josh, since Brian’s foster dad Leo is the human mate in the fourth book so I got to see a lot about Brian and Josh and how their relationship is progressing. I also greatly enjoyed the characters in this book.

Leo has gotten a new lease on life now that he doesn’t have cancer anymore and he now has to decide what to do with his life now that he lives in Gillham with the pack. He has plans. He wants to get a store in town and start making and selling furniture, which is what he did before he got sick, and he wants to move out so that his son and his son’s mate can bond without him being underfoot all of the time. Not that Brian wants him to move. But Leo knows that it would be best for their relationship if he weren’t there. While walking through the woods, he comes across a group of young men and notices how cute one of them is. Isn’t he surprised when the cutie introduces himself as his mate, Hugo! Oh and to make things even more complicated for Leo, Hugo is only twenty-one and has a three-month-old son, Ennis, which he’s raising on his own. Leo has always wanted to raise a family, he loves his son, Brian, but Brian was already nine when Brian came to live with him, and at fifty-four he didn’t think that he would ever get the chance to start over. And Leo would like to know what Fate was thinking when she paired up a twenty-one-year-old with a broken down old man, which is how Leo sees himself.

I really loved Hugo. He’s a strong-willed character, which is needed to stand up to his mother. Hugo is bisexual, and his previous relationship ends up in pregnancy after a broken condom incident. His ex-girlfriend isn’t ready to be a mom, and she doesn’t want to terminate the pregnancy. She wants to adopt out the baby unless Hugo wants to raise the baby as a single father. Against his parents’ wishes that he give the baby up for adoption, Hugo decides to raise the baby. His adopted brother Luke is there to support him when his parents turn their back on him. He moves in with Luke and his human mate, Ned, which just happens to be the main characters from the second book in the series, Ned.

So yeah I got to see how their relationship was progressing, also! Hugo couldn’t be happier when he finds his mate, and he doesn’t even care about the age difference. He knows that Fate put them together for a reason and that’s all that matters to him. Besides he’s always been attracted to older men, so it’s a win-win for him. Add in the fact that Leo has always wanted a family and that Ennis is already taken with him just makes it better and better. So yeah, this is the type of Catherine Lievens book that I have been waiting for. Where she ties in the other books and I get to see how everybody is doing. Hopefully, she will continue with the next book like this one.

I can’t wait to read it when it comes out.