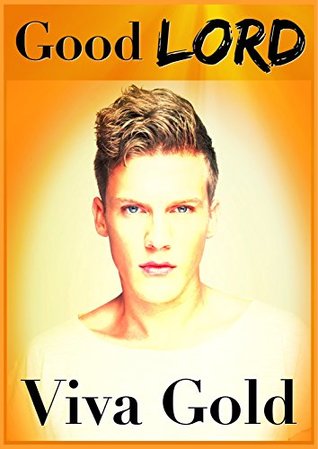 GOOD LORD (Woolf Tales 2)
Thrilling, dark, erotic and intriguing. The new novel from Viva Gold picks up where Izzy’s Boy leaves off and we see the cast of characters embark on the next phase of their lives fraught with terror, filled with love, and quite a bit of consensual pain! This is not a BDSM story – it’s filthy in parts; utterly abhorrent in others and downright sexy throughout.
Lord Jason Greenall doesn’t have a very high opinion of himself, but one thing he does know is that he deserves to be loved just like anyone else. It is with this in mind that he separates from his boyfriends, G & T, who happen to be twins that are more in love with each other than they care to admit, and goes home to Greenall Manor to lick his wounds and ponder on life in general.
Sipping tea in the conservatory with his beloved mother, Jason gets an eyeful of his French cousin Remi, who he hasn’t seen for a few years. Oh boy, Remi grew up to be somewhat delicious. Tall, and muscly, black hair and blue eyes, olive skinned and surly – everything Jason is attracted to and trying hard not to show it.
Remi has come to live at Greenall Manor while studying at Oxford. His mother is married to Jason’s father’s first cousin Marc, which means they are not blood related. Not that that would prevent Remi from taking what he wants. And he wants Jason. And he takes him. No safe words; no limits.
Their story includes Izzy and Adam of course, and the Twins. But we also meet Angel in a set of disturbing circumstances that could easily devastate the entire family. Remi is not as bullish as he would appear but he does have tendencies that make him volatile and unpredictable. Izzy is not ok with this at all and unleashes his Dom all over the lot of them.
Jason finds himself in predicaments and situations both physical and emotional that could either make him or break him…. Oh, Good Lord.

Good Lord is the second book in the Woolf Tales series by Viva Gold. I enjoyed reading this book. It does pick up right after Izzy’s Boy, the first book in the series, and I was so hoping it was going to be about Jason, Izzy’s PA extraordinaire, and his twin boyfriends, G & T, but alas that isn’t what was in the cards for Jason.

I was proud of him for wanting to be loved just as much as G loves T and T loves G so he does the only thing that he can, he dumps them and takes vacation time and runs home to Greenall Manor to his mum to lick his wounds. What he finds is a cousin that’s staying there while he attends Oxford. Remi is Jason’s Dad’s first cousin’s stepson. Wow wasn’t that a mouth full, but what it means is that Remi isn’t blood-related to Jason. Yeah! Not that that would have been a reason not to read the book if they had been related as they would have only been second cousins.

Jason may not remember his gorgeously rugged cousin, but Remi sure remembers Jason and has had a crush on him for a long time and has been following his life or as Jason puts it, stalking him. Jason decides to use his cousin as a way to get over G & T, but he doesn’t know what he’s about to get himself into. Jason knows from being around his boss, Izzy, about the BDSM lifestyle but as Remi says he isn’t a Dom, he’s a deviant, and he doesn’t believe in safe words or stopping, or the comfort of his partner as Jason finds out. And I won’t lie, the first forty-one percent of the book was a little hard to stomach and pushed my boundaries, but I’m glad that I pushed through to the end of the book.

I started out not liking Remi and the way that he treated Jason, but Jason’s body seemed to like what Remi was doing to him even if Jason wasn’t sure that he liked what was being done to him. And as I continued to read the book and got to see into how Remi became the way that he was, I found myself sympathizing with him, and after Angel became a part of their relationship, I even found myself liking Remi. And the BDSM scene at the end of the book was hot. I absolutely loved Angel. He had a rough life, but I loved his upbeat attitude and how naturally submissive he was. He was like a super energetic puppy. Always wanting to please and be loved. I also liked that all of the characters in the book were close in age, Jason at twenty-six, Remi at twenty-one (although he acts like he is older due to experiences), and Angel at eighteen.

I can’t wait to see what Viva Gold comes up with for the next book in the series. I’m hoping for a book about G & T.

As with Izzy’s Boy, Good Lord could use another round of edits. Although it had fewer errors than the first book in the series, it did still have quite a few verb tense issues and some other grammar issues, and I was reading my purchased copy and not the arc copy.