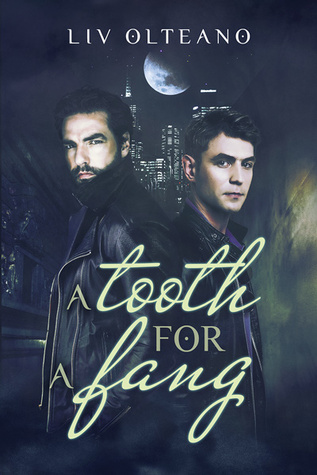 Three days. Three dead bodies. One newly turned, broken-hearted lycan tracker to figure out the connection.
The one summer Rick Barton takes a vacation, all hell breaks loose. Running from an abusive relationship leads him into the arms of hard-nosed lycan Travis Chandler, who gives him little choice but to become a lycan too and join the Paranormal Bureau of Investigation. Out of options, Rick joins the weird organization, expecting some two weeks of training and an adjustment period. Tough luck, he doesn’t get either. On his first day, his new partner offers to promote him to field agent if they get mated – less time wasted on training, more time on the field, and considering Rick is the only tracker the Bureau has on hand when a wave of strange murders hits the community, time is of the essence.
Someone’s killing the leaders of the paranormal world and mutilating the bodies. Investigating and tracking clues is enough of a challenge, and Rick must contend with an impatient Council, Travis’s advances, and actually adjusting to being a lycan. Only one thing is certain: Rick’s new life promises plenty of interesting adventures—as long as he can survive.

We at OptimuMM, with the approval of Dreamspinner Press, decided that we will review some previously published books. Our first choice was Liv Olteano’s Leader Murders series. I came up with this title with some recommendations, and after reading the blurb, I said I have to read this!

Well, I had a different kind of expectations from this book, though I’m not disappointed!

Lycans! I’ve never read lycan shifter books before, and honestly, I would have loved to read more about this species. We get some glimpses but not as detailed as I would like too.

The story starts with Rick spotting a real nice guy on the beach. After the first eye contact, things develop really fast. Like really, really fast, so I had a hard time catching up to the story. I had a feeling I was missing something. Liv’s writing style is a get- use-to type, but once you get into that reader-space, you’re good to go. When the summer god offers his hand, Rick takes it and follows him into the sea. Well, that’s ok, but then he received a hand job followed by a bite. And bang! In 24 hours he’s a lycan, to be more precise, a tracker.

And there’s where my problem with this story is. The non-con part. Rick wasn’t asked to become a shifter. Rick wasn’t told what comes with that bite, and he was left totally alone, that in my opinion is a bs move.

Travis aka summer god aka Rick’s alpha is a total douchebag! But turns out, that in Liv’s universe, all alphas are douchbags. Not only does he bring an untrained civilian into a paranormal secret law enforcement agency, but he also doesn’t give Rick an opportunity to adjust and get trained. When Rick wakes up in the hospital, he’s bitten again, making him Travis’ mate.

As the blurb says, there’s a mass murderer going around, but you’ll learn that’s not necessarily a bad thing, well for me at least. The motive behind those murders, in my opinion, was legit and I wonder why they didn’t happen much, much sooner.
If I were Rick, I would cut off Travis’ most tender parts. But then…and actually you see it coming, but because you’re angry with these alphas, you don’t wanna really see it.

The book is from Rick’s POV, who in his last relationship, was abused regularly. There are some scenes when Travis forces Rick with his alpha voice, in some situations that goes against all of Rick’s instincts. But fear nothing, all goes well.

I said this already to too many authors, and I’ll say it to our sweet Liv too.

We know that characters take life in your mind, and you cherish them, developing a very intimate relationship with them (as we do too reading your stories), knowing every feeling, every emotion, and every thought of theirs.

But we have a little problem here you see. All this is happening in your mind! We’re not in it!

So a little bit of advice, as a humble reader (well…) when the characters are changing their behavior, legitely, please write a build up to it. Don’t make sudden changes, be kind to us, prepare us (use much, much more lube please) and do the changes gradually.

Thank You
With love, Levi (on behalf of the readers).

Guys it’s a must read!!! (finishing the review with one hand, and the other is already opening book two).

One thought on “Review: “A Tooth For a Fang” by Liv Olteano”