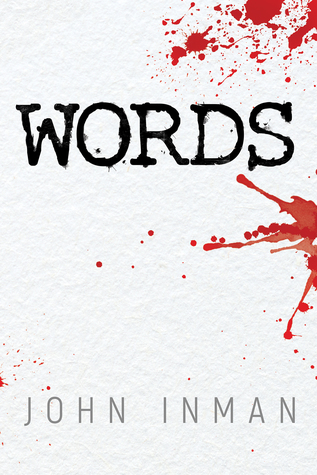 The world of writers, readers, and reviewers is a close-knit family of friends, fans, and fiction fanatics. That’s the world Milo Cook and Logan Hunter reside in—thriving on the give and take of creativity, the sharing of stories and ideas, and forever glorying in their boundless love of books and the words that make them breathe.
But sometimes words can cut too deep. And when they do, there is inevitably a price to pay.
What begins for Milo and Logan as a time of new love and gentle romantic discoveries, becomes before it’s over a race for their lives and for the lives of everyone they know.
Who would ever suspect that an entity as beautiful as the written word could become a catalyst for revenge? And ultimately—murder?

The world of writers, readers and reviewers is a close world. They all know each other. That’s how Milo Cook a writer and Logan Hunter a reviewer meet and start a relationship. While they discover each other romantically, murders are committed in the reviewer’s community, and everyone has the same question in mind. Is it their words that sealed their fate?

It’s the first book I’ve read by the author John Inman, and it won’t be the last. Milo and Logan are just adorable together.
Milo is a talented writer, funny and smart. He doesn’t believe in long-term relationships after the disaster with his ex’s infidelity, but Logan makes him believe that it’s possible. Logan is a professional reviewer who moves from NY to San Diego to start over. Logan doesn’t believe in a second chance at love until he meets Milo who shows him that it’s possible. I loved them; they were adorable, funny and sweet.
The book was very well written with a good plot and subplot. In my opinion, the main plot was Milo and Logan’s love story and in background or subplot was the serial killer and his victims. But at some point in the story, the two plots collided and merged together. It was very well done.

Speaking of the killer, I dare you to find out who the murderer is! The entire book, I had an idea, and the more I read, the more I had this little smirk on my lips (you know the one that you’ve got when you know something that others don’t). Then the big revelation came, and my smirk fell, and I made a beautiful “O” with my mouth, and I had the vision of the author with a smug smile on his lips and asking me “you know what??”
It was very good, and the twist at the end was great with a good rhythm and dynamic.

I recommend this book, it was a good Romance/Suspense book, and you’ll enjoy your time with Milo and Logan.

Its 4 OptimuMMs for the writer and his reviewer!