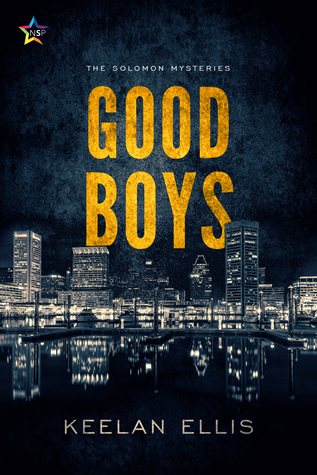 Having risen through the ranks of the Baltimore City Police Department to the elite Homicide unit as an out gay man, Paul Solomon has always prided himself on his integrity and self-reliance. As the last vestiges of his failed eight-year-long relationship fall away, Paul finds himself adrift, forced to rely on others to help him find his footing again.
When Paul and his partner, Tim Cullen, are called to the scene of a double murder of two high school students on the city’s west side, Paul finds the lives and deaths of the two boys hitting closer to home than he’d expected. With his personal life in upheaval, he struggles with the perspective needed to untangle the web of secrets and lies that led to their demise.
While working his way through the complicated case, Paul starts getting his life back together. After a date with an enigmatic young man takes a dark turn, he reaches out to an old flame who brings some much-needed lightness to his life. But Paul finds that relationships, like murder investigations, are never as simple as he’d like.

Paul Solomon is a detective at the homicide unit of the Baltimore City Police Department. He’s called to the scene of a double murder of two teenagers, and with his partner Tim Cullen, they’ll have to start the investigation of a complicated case.
Between the investigation and his personal life that goes adrift, Paul will have to rely on others while trying to find his footing again.
Good Boys is the first book of The Solomon Mysteries series. It’s my first book by the author Keelan Ellis.

I liked this book; it was a good mystery novel.

Paul is a 38 year-old cop, gay and out. He’s a very good detective and very passionate at his job, but he’s not good with human relationships or interaction. I found Paul very selfish, self-centered and sometimes a real Asshole, but it was consistant with his situation. His life went adrift, he lost his boyfriend of 8 years, has to move out and crash on the couch of his partner and then mets a beautiful young man who is completely fucked up while he’s dating an ex-lover Owen…. Of course the guy was selfish, self-centered and a real asshole, he’s just human after all.

The book is written from Paul’s view. It’s a good mystery novel, but it’s not a romance and don’t expect it. There’re no real feelings in this book, even between Paul and his lovers or friends, and when there’s some feelings, it wasn’t well described. But it didn’t bother me; I didn’t expect to read a romance. The plot is divided between the investigation and Paul’s life. The investigation was interesting and captivating with a good twist at the end that I didn’t see coming.

The secondary characters are good, I loved Tim. And I’m dying to know more about David, he’s the one who touch me the most and I hope that I’ll read more about him in the next books.

If you want a good mystery novel, Good Boys is for you. I enjoyed this book and I’ll read the next one in the series.