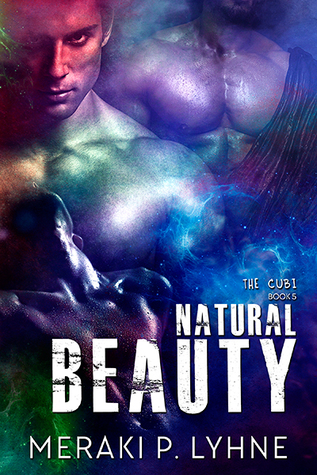 The Cubi people have lived a secluded and quiet existence since they arrived in America. A shipment of new breeders brought two changes with it: Their next King and a mutated breeder. Those two changes set off a chain of events that the Cubi are far from ready to deal with.
Daniel aspires and works hard to find his future place as the sovereign ruler of his people. Seldon fights to rise to his new station and level of responsibilities as the right-hand Lord to a King, but the fight is also with himself. The breeders, who were freed during the upheaval in the Great House of Dahlidin, return to the human society, but not everybody finds it easy to acclimatize.
Although forced into action, Daniel’s hands are tied. Tough decisions that will either end their war or step it up have to be made. The only question is whether a Kingdom that young is even ready for that.

This is the fifth installment of the Cubi series. Meraki world of Cubi’ sharing the nation with humans continues with Daniel growing into his role as King Beaudin, that comes with responsibilities he doesn’t think he’s capable all of the time.

After the attack on the Grand House, some of the breeders were set free. One of those is Alex. We met Alex in previous books. Being home again with his radical parents and having dreams that he’s back with the Cubi’s again, confuses him to no end. It seems he’s going through of a dose of withdrawal along with the sexual fantasy that he’s taken hard. Having a homophobic faternal conditioning that a man is the penetrator, he goes into a state of depression. That state pushes him to search for the Cubi that he feels are out there.

Seldon feels insecure. After being raped, the fever slowly leaves his body, but that doesn’t mean that his mind has healed. But he is not alone…he has Daniel and Caledon who take care of their dear lover.

The Kingdom of Daniel is expanding. The coronation is near, and there is a lot of empowering going on. Daniel must dose Marca, his Fountain several times a day. They are developing a very close friendship.
There is a lot going on. Cubi are coming in for the ceremony, new natural beauties are arriving and Daniel’s goal to change the Cubi point of view on breeders who now are called feeders.

I like how their society is changing. They become more open, and we start to see that feeders are more appreciated than we thought.

I specialy loved Alex’s POV. Almost half of the book is about him searching and finding his place after the attack. He’s experimenting with his desire without being dosed, and that creats pure energy.

I can’t wait for the next book in the series.