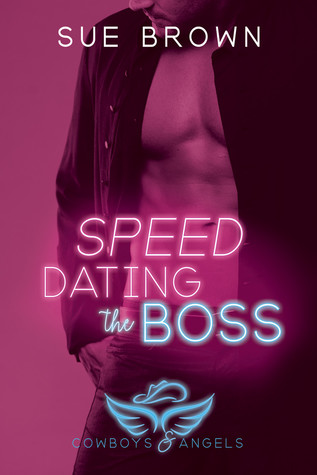 Will a mix of privilege and blue collar be a recipe for love… or disaster?
Dan’s pretty satisfied with his job at the working-class bar Cowboys and Angels. He enjoys his simple life, his apartment, and his cat, but he could do without the fights that break out in the bar, his boss’s meddling daughter, Ariel… oh, and a brutal, unrequited crush on his straight alpha boss, Gideon.
When Dan’s friend prepares to tie the knot, everyone insists that Dan needs a date for the wedding. Before he can protest, Ariel arranges a gay speed-dating event at the bar with Gideon as a participant. The unforeseen revelation that Gideon is bisexual raises Dan’s hopes, especially when Gideon announces that he wants to accompany Dan to the wedding. Could Gideon really be interested in Dan?
When Dan needs someone most, Gideon offers his unconditional support, and with genuine commitment, he shows Dan the kind of man he really is. Teaming up to save the wedding from a hungover groom and intolerant parents, can Gideon convince Dan they’re the best match since beer and pizza?

Dan is a barman at Cowboys and Angels. He’s satisfied with his job even with the fights that break out in the bar, mostly because of Ariel, his boss’ daughter. Dan has a huge crush on his very straight boss Gideon, so his life could have been perfect if his feelings were shared, but he’s realistic and deals with it… Most of the time.

When Marty, his best friend, announces his wedding and asks Dan to be his best man. Dan is ready to go alone at the wedding, but Ariel decides otherwise and makes it her mission to find him the perfect date during a speed dating. That would have been a good idea until Gideon stepped in, and he revealed his bisexuality and tells Dan that he wants to accompany him to the wedding.
There’s a difference between fantasizing about his straight boss and having hope that something can happen.
Maybe this time Dan will have all his dreams coming true!

Speed Dating the Boss is book one of Cowboys and Angels series.
I was perplexed about this book. The blurb appealed to me. I found it interesting and was curious.
The book starts a little bit slow, but it didn’t bother me. The author takes her time to explain the background of the story, and I was fine with that.

Dan has been a barman at Cowboys and Angels for five years, he loves his job, and he’s good at it. He also takes classes in business management with the dream of owning his own bar. He’s smart, proud and strong; he knows how to deal with a bar full of drunk men ready to fight. I liked Dan even if he can be clueless about other people; he’s a good guy with a simple dream and aspires to a good life.
Gideon is the owner of Cowboys and Angels among other business. He’s a widow, he lost his wife and younger son in a carjacking, and he’s solely focused and devoted to his daughter. He’s a gentleman and a caring man. Gideon upset me. I expected an alpha man, and he wasn’t like that. His daughter is awful, a pure queen B…and the guy didn’t say a word, and he hides behind Dan to stop her. The only moment when he really did something…it was too late. I was disappointed by his character at first, but at the end, he won my sympathy when he starts to really act and show his intentions toward Dan, then I was team Gideon all the way.

The plot was good, even If I had the feeling that sometimes it was confusing. The chemistry between the characters wasn’t well developed, the angst was a little bit too much, and sometimes there were some little inconsistencies in the story, not too much, but enough to be seen.

But, even with all the little imperfections, it was a good book with a lot of potential. I will read the next book in this series when it comes out.

3 OptimuMMs for the barman and his cowboy