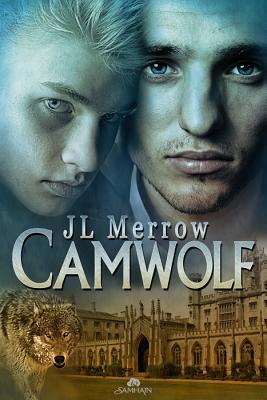 “To save his lover, he must become his own worst nightmare. ”
Dr. Nick Sewell. Non-conformist. Werewolf. The first puts him at odds with his colleagues idea of how an All Saints College lecturer should behave. The second, bestowed upon him by an ex-boyfriend, puts him at odds with himself.
There s his tendency to change into a wolf on the full moon. And his visceral attraction to Julian Lauder, a troubled young German student. Despite his determination not to act on his desire, Nick s brutal response to seeing Julian with another man frightens them both. At first.
Then Nick learns that Julian is not only a naturally submissive werewolf, but one who has learned better how to deal with just being a werewolf. That explains the attraction, but it doesn t make it any easier when the tables are turned, and Julian once the student is now teaching Nick who still isn t happy about conforming to the werewolf way .
Meanwhile, reports of a strange wolf stalking the town barely register on Nick s radar until Julian disappears. Accusing eyes both wolf and human are turned toward Nick. Even with the help of friends, hope is growing as cold as the kidnapper s trail. Unless Nick gives free rein to the wolf s inhuman power
Warning: Contains hot outdoor sex, alliterative insults, allusions to abuse, and really awful sherry. “

I enjoyed the book’s concept, and the storyline was definitely attention-grabbing. An older professor pining over a handsome student, yes, please. Add in some paranormal shifters, and I want to happy dance. The characters are very different from anything I’ve read. The alpha in this genre are usually dominating and possessive but not in the same way as this alpha. It was very refreshing. The author did not stick to the general alpha stereotype. She gave him flaws and they were well written. I wanted to punch him and hug him at the same time. Each character adds a different dynamic to the story, and it works.

Dr. Nick Sewell is a professor at Cambridge but also a recently turned alpha werewolf. He’s content with being alone after the brutal way things ended with his ex. That is, of course, until a certain breathtaking young man catches his eye. Now I get to play devil’s advocate and say that although Nick’s character is quite unique, there were a couple of things that bothered me. He claims not to be obsessed with Julian, but he clearly is. Before they even properly meet, Nick is practically stalking the guy. Then he does a complete one-eighty and wants to take things slow because Julian is too young. The conflict is a little I want him until I have him and then let’s slow down and be adults. It didn’t gel.

Julian fits the omega stereotype until he doesn’t. He is very unique in that he’s strong enough to escape an abusive ex and the pack he was born into. I wish it explained a little more about why he participates in sexual situations that he’s clearly not comfortable with. Is it a compulsion caused by his omega nature? Is he doing it to spite Nick? Julian has so many facets to his personality that I really enjoyed getting to know him.

This is not my first JL Merrow book, and it will most certainly not be my last. I love the heart and soul put into the characters. They are all so uncommon that I don’t feel like I’m just reading the same old books on repeat. I think you will be pleasantly surprised by the plot and the different facets of the characters. Just don’t expect this to be anything you’ve read before.