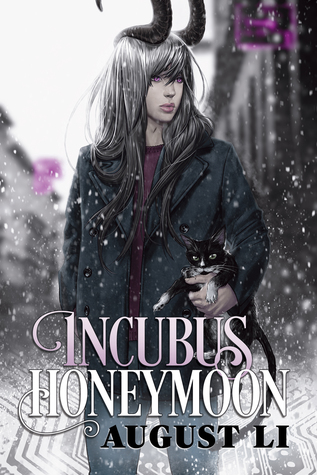 As the so-called magical creatures go, I’m low on the hierarchy, and my powers aren’t much good to human mages. I’m a lover, not a fighter, through and through. I’m also selfish, lazy, and easily bored. But I’m damned good at what I do.
Too bad that won’t get my arse out of this sling.
Do one—granted, uncharacteristic—good deed, and now I’m held hostage to an arrogant faerie prince, trying to track down the one who summoned him while dodging gangbangers, gun runners, and Nazis. Add the powerful mage guilds scrambling to gather firepower for some doomsday event they’re sure is around the corner, and my cushy life of leisure might be nothing but a memory. On top of that, something’s compelling me to change on my most fundamental level. I’m not sure what I’ve got myself mixed up in, but nothing will ever be the same.
Bloody hell.
===
Featuring a new twist on urban fantasy combined with fast-paced action and intrigue, the Arcana Imperii series books are standalone adventures, each completely accessible to new readers.

As far Urban Fantasies go, I like them pretty much. When I read the blurb for this special book, I thought I have to read this one. My hope was that I would find some romance in it, but that is not the case.

Our Incubus, we call him Inky, is one of those creatures. His goal is to bring people pleasure, and in return, he can feasts on the energy their release makes while doing so. Inky shapes himself as the one his object desires too. He can sense the desire of everyone, including creatures like him. That gift brings him to a mage bar, and after a few difficulties, he finds the source of the desire that brought him there. It’s a fay.

Our fay, let’s call him Blossom, is trapped in this world, summoned. Fay are a rarity amongst the mages, and his life is in danger, but he didn’t seem to realize that. He’s arrogant and looks down on everybody. But he’s also easily distracted by shiny things. It takes Inky’s rigorous convincing that he follows the demon and they search the mage who summoned and kept him trapped there. But he strikes a bargain with Inky, and in doing so, he takes from the incubus.

They search, and aka thirty whispering cats, brought them to the shady part of town, where they end up following unusual clues, and to the apartment of Dante, a young thug. Dante has no magic in him, so it seems that they met a dead end, but the events it follows bring us to the middle of mafia, Nazis, mage war, and other things.

Here I need to open a parentheses and tell you that lately I’ve noticed that the current US politics, the extreme administration, is more often mentioned in the newly published books, as in this book too. Even if this scenery of urban fantasy, the extremism, the power their gain, by being supported by high ranking politics, leaves a bad taste in my mouth.

I’m a globalist. I don’t believe in frontiers, I don’t believe in nationalism. Nationalism, as frontiers are dividing us humans, creating false identifications as well separatism. We are all one, we are equals, different but equals. In my utopistic, idealistic mind I wish for the world to reach its fulfillment and become what it was meant to be to become. A place of tolerance, acceptance and full of love!