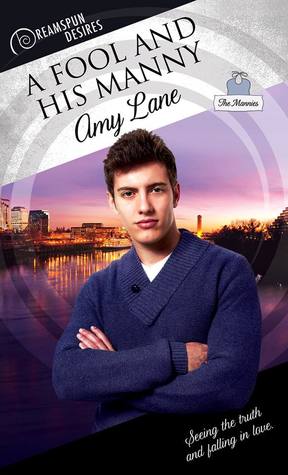 Seeing the truth and falling in love.
Dustin Robbins-Grayson was a surly adolescent when Quinlan Gregory started the nanny gig. After a rocky start, he grew into Quinlan’s friend and confidant—and a damned sexy man.
At twenty-one, Dusty sees how Quinlan sacrificed his own life and desires to care for Dusty’s family. He’s ready to claim Quinlan—he’s never met a kinder, more capable, more lovable man. Or a lonelier one. Quinlan has spent his life as the stranger on the edge of the photograph, but Dusty wants Quinlan to be the center of his world. First he has to convince Quinlan he’s an adult, their love is real, and Quinlan can be more than a friend and caregiver. Can he show Quin that he deserves to be both a man and a lover, and that in Dusty’s eyes, he’s never been “just the manny?”

Dustin Robbins-Grayson meets Quinlan Gregory at fourteen when his parents hired the young man as their manny.
Seven years later, at 21, Dustin isn’t the surly teenager that he was anymore, but a strong, handsome young man who wants Quinlan…but not as his manny.

Quinlan has spent the last seven years taking care of the Robbins-Grayson’s kids and the entire family by extension. He lives just on the outside frame of the family pictures, vacations, and events. He doesn’t know how to be part of a family without being scared to losing them.

Dustin has one mission—make Quinlan his. His to love. His to take care of and his to have a family with. He just has to convince Quinlan that he’s more than the teenager he used to be and Quin more than the manny.
A Fool and his Manny by Amy Lane is book 4 of the series The Mannies.
Dustin is a handsome young man. He’s strong, confident and dominant. He knows what he wants, and he wants Quinlan, and he will have him. I loved Dustin. I saw him grow up through the books, and I was proud to see what a beautiful, mature, and strong man he became. His focus on Quinlan, his wellbeing, and Dustin has one mission, love Quinlan with everything he has…and me, I totally loved him and wanted to do things to him (sexy things).

Quinlan is broken. Yes, he takes care of the kids and the other members of his adopted family, but deep down, Quinlan is lonely and broken. He’s terrified to be a full member of this family, to accept his role and place at their table, and to be loved by them. But Quinlan doesn’t understand that he didn’t stand a chance against them and especially Dustin. I loved Quinlan, but he broke my heart. I wanted to hug him because he’s so beautiful inside and out, so kind and so sensitive. I completely melted for him.

I love this book and this entire series. I have the feeling of being a part of the Robbins-Lowell / Robbins-Grayson families, so I was happy to read Dustin’s story. It was like coming back to visit family and getting caught up with them about their lives. That’s the feeling I have each time I read one of the books of this series. The author gives us news about the members of the family and the previous heroes of the previous books.

This book can be read as a standalone, but you’ll want to know more about them, and you’ll read the entire series. I’m sure of it because that’s exactly what’s happened to me!
It’s good, sweet, full of fun, happiness and love story. It’s like eating a little piece of chocolate while you have a bad moment, instantly you feel better and a smile appears on your face. That’s the Mannies series for me!

I happily recommend this beautiful and lovely book.
4 OptimuMM’s for The Manny and his Caretaker